Barcelona have given midfielder Carles Alena permission to leave the club this month, with the player expected to move on loan.

The 23-year-old La Masia product has struggled to establish himself under Ronald Koeman this season, with only one of his five appearances across La Liga and the Champions League coming in the starting XI.

The midfielder’s career best in appearances for Barca came in the 2018-19 campaign, when he played 27 times in all competitions for the Blaugrana.

Alena spent the second half of last season on loan at Real Betis, and Getafe have been linked with his services on a deal that will likely run until the end of the season.

“Alena has permission from the club to seek his exit,” Koeman told a news conference ahead of Wednesday’s trip to Athletic Club.

“When everything is done, I will be able to give an opinion, but there are players who can decide to stay or not. He has decided to seek his exit.”

Barca’s preparations for their visit to San Mames were hit by two positive coronavirus cases among the club staff on Monday.

That forced pre-match training and media duties to be postponed until later on Tuesday, when Koeman’s squad were confirmed to have a clean bill of health in terms of Covid-19.

“There are things in life that cannot be controlled,” the former Netherlands boss said. “We have followed the protocol by suspending the training this morning and repeating the PCR tests.

“We could only hope that there were no more positives. Thank goodness that everyone has come out negative and we were able to prepare for tomorrow’s game.”

Barcelona head into the match in fifth, 10 points behind leaders Atletico Madrid having played a game more.

Despite a hectic fixture schedule this month, Koeman has not ruled out bringing in reinforcements to bolster an ailing title challenge.

“Any team looks at how the squad can be improved in January,” he added.

“I make my plans on seeing the casualties we may have and what players [we need] to bring. But if it is not possible, I will have the same players.”

Tue Jan 5 , 2021
The club saw two members of their staff return positive tests on Monday but every player tested negative the following day Barcelona were boosted on Tuesday as Ronald Koeman’s squad received the Covid-19 all-clear in the wake of two members of staff testing positive. A morning training session was called off […] 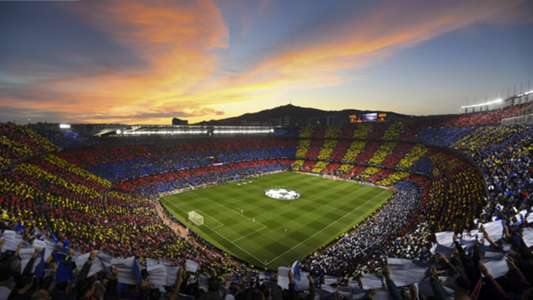