The Blaugrana legend believes an Argentine icon should have been sold when the Liga giants had a chance, with free agency now beckoning

Barcelona should have used Real Madrid’s sale of Cristiano Ronaldo as inspiration and offloaded Lionel Messi during the summer of 2020, says Rivaldo, with the Liga giants now expected to seek out a buyer for Philippe Coutinho as they endeavour to raise funds.

The precarious financial state of a Catalan giant has been exposed with the release of the club’s latest annual report.

Barca are crippled by debts of €1.2 billion (£1.1b/$1.5b), making it difficult for them to plot any kind of reinforcements at Camp Nou.

Funds could be freed up by moving certain players on, with Rivaldo expecting fellow Brazilian Coutinho to be made available after failing to live up to expectations in Spain.

Money could, however, have already been in the bank had the demands of talismanic skipper Messi been met during the last transfer window.

The 33-year-old saw a push for the exits blocked off and, with no fresh terms agreed, he is now heading towards free agency as his contract runs down.

Rivaldo believes the Blaugrana made a big mistake there, with Real’s decision to sell Ronaldo to Juventus for €100 million (£88m/$121m) in 2018 proving that big money can be generated by ageing stars with multiple Ballons d’Or to their name.

“Barcelona were not in good financial health pre-pandemic, but things got nasty in the last year and beyond Lionel Messi’s almost inevitable departure, the club may need to sell some more important players to generate income,” Barca icon Rivaldo told Betfair.

“As I mentioned previously, the club’s board made a mistake by not selling Lionel Messi while he was still under contract, something Real Madrid did with Cristiano Ronaldo, receiving around €100m in exchange.

“It’s sad to see such a talented and valuable player leaving Barca for free when the club is going through so many financial problems.

“But looking to potential transfers that might occur, I think Phillipe Coutinho’s time may be coming to an end. He has admirers in England and perhaps Barcelona could generate some good income with his sale, allowing them to keep others like Ousmane Dembele and Antoine Griezmann.

“The Brazilian never managed to show his best football in Spain, and since his better moments happened in Premier League I’m sure there will be clubs interested in his services and available to pay considerable amounts – although not quite what Barcelona paid to Liverpool!” 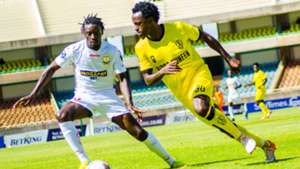