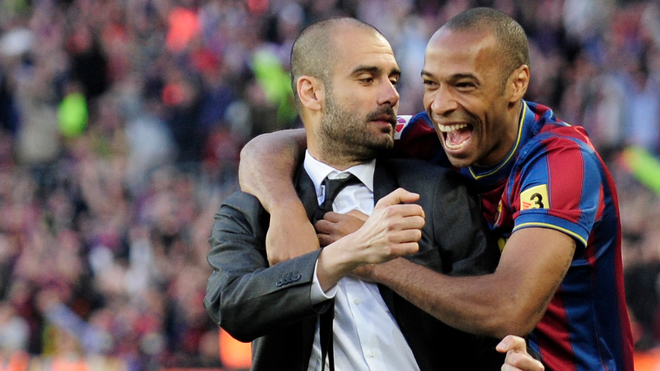 Thierry Henry’s understanding of football was elevated to new levels when he joined Barcelona 2007.

The Frenchman had shone in England under Arsene Wenger at Arsenal before moving to the Camp Nou, where he formed part of Pep Guardiola’s incredible side.

“I went to Barcelona, I learned a lot – a hell of a lot – about something that I thought I had down to a tee,” Henry told UEFA.com.

“I thought I knew football, [but] at Barcelona I got deprogrammed and reprogrammed. Barcelona was special, man.”

Henry joined the club to become another member of an already talented side, having been the standout star in London.

“Competition is above all for me,” he explained, “that’s what drives me.

“That’s what makes me better. When I went to Barcelona, Ronaldinho was on the left, [Samuel] Eto’o was in the middle, and [Lionel] Messi was on the right, and nobody told me I was going to play.

“You can go somewhere and your heart can stay somewhere else. That’s exactly what happened.”