Barcelona have been boosted by Gerard Pique’s return from injury ahead of their Champions League tie against Paris Saint-Germain.

Pique has been out of action with a cruciate knee ligament issue since November, but he was able to return to training with the first team at the start of the week.

Ronald Koeman has now included the 34-year-old in his final squad for the Blaugrana’s first leg last-16 clash with PSG, which is set to take place at Camp Nou on Tuesday night.

Martin Brathwaite is also back in the fold after overcoming a hamstring problem, with Barca confirming the news via their official website: “Gerard Pique and Braithwaite have been discharged. The Barca centre-back has been called 87 days after injuring himself against Atletico Madrid at Wanda Metropolitano.

“Thus, the Barca centre-back has already overcome the grade three sprain in the lateral ligament internal injury and the partial injury to the anterior cruciate ligament of the right knee that he suffered last November.”

— FC Barcelona (@FCBarcelona_es) February 16, 2021How many games has Pique missed this season?

Pique was forced to undergo an extensive rehabilitation programme after leaving the pitch following a freak collision with Angel Correa during Barca’s defeat to Atletico Madrid on November 21.

The veteran defender has sat out 14 La Liga fixtures since then, including last weekend’s 5-1 win over Alaves, leaving Koeman with only Samuel Umtiti, Clement Lenglet and Ronald Araujo to call upon at centre-back.

Pique has also missed Copa del Rey wins over Cornella, Rayo Vallecano and Granada, along with both of Barca’s matches in the Supercopa de Espana and their final three Champions League group-stage outings against Dynamo Kiev, Ferencvaros and Juventus.

Koeman was forced to deploy Frenkie de Jong in the heart of the defence against Alaves due to a lack of options, but Pique’s return means he won’t have to resort to the same measures against PSG.

It remains to be seen whether the World Cup winner starts against the French champions, but his presence alone could help the team earn a positive result due to his extensive experience in matches of this magnitude.

Barca are also still in contention for La Liga and Copa del Rey honours, and Pique could have a key role to play in Koeman’s set-up between now and the end of the season.

Da Rosa: Simba SC must bounce back to winning ways against Biashara United

Tue Feb 16 , 2021
The Frenchman calls on his players to turn on the heat and win their next league match on Wednesday Simba SC coach Didier Gomez Da Rosa has stated they are going for nothing less than three points when they face Biashara United in a Mainland Premier League match at Karume Stadium […] 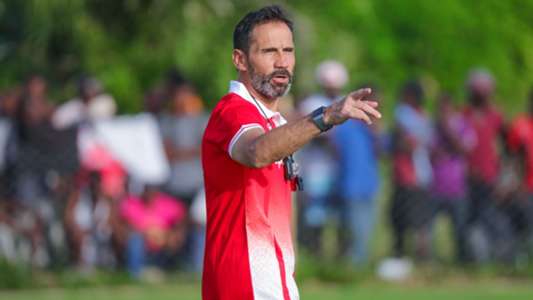