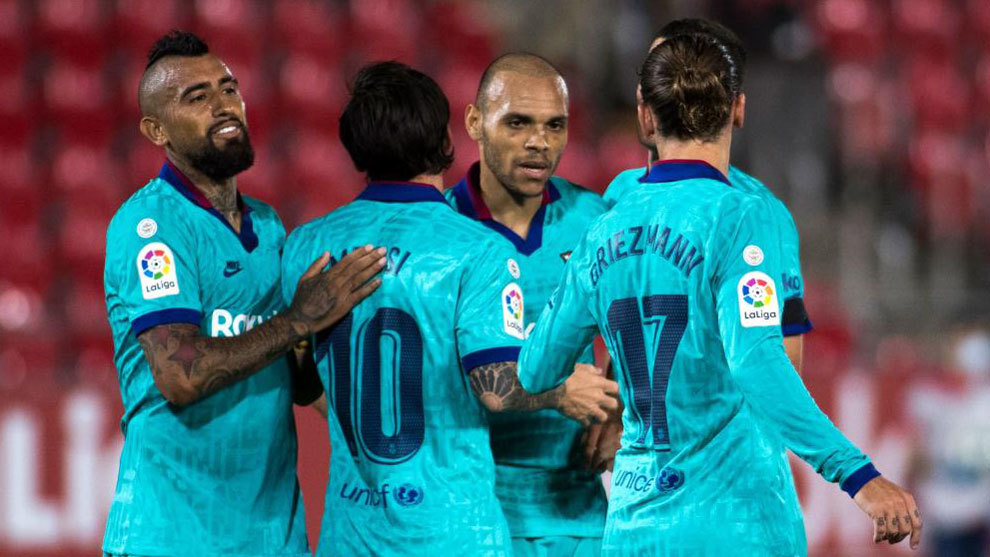 Martin Braithwaite’s move to the Camp Nou came about because of Barcelona’s desperation.

The transfer was ridiculed but, in his first few matches in the Blaugrana colours, the Danish forward has shown he means business.

The former Leganes man scored his first Barcelona goal on Saturday during the 4-0 win over Real Mallorca at Son Moix.

Throughout the course of the evening, he was a constant threat down the left wing and complemented Lionel Messi and Antoine Griezmann well.

He seems to have earned Quique Setien’s confidence too, having started the game ahead of Luis Suarez in attack.

The Dane was certainly ready for the return to action after working hard throughout the three-month break to stay in shape.

Now, he’s convinced he can succeed at the Camp Nou and it’s hard to argue against him.

Mon Jun 15 , 2020
Photo: Bloomberg (Manuela Davies/Getty Images) The NBA is set to return on July 31st, with the players’ union and the league both agreeing on a plan to complete the 2019/20 campaign which will involve 22 teams playing eight more regular-season games, followed by a possible play-in tournament and then the […]