Live La Liga continues through the week, with Barca looking to build on Saturday’s success when they face Leganes

La Liga is back following the coronavirus suspension, and while Barcelona returned in some style on Saturday with a 4-0 demolition of Real Mallorca, they’ll be desperate to add more momentum when Leganes come to the Nou Camp.

Barca barely looked like they’d been away as they resumed their domestic dominance with an early opener via Arturo Vidal.

Martin Braithwaite added another just before halftime, as the strugglers crumbled, before Jordi Alba and Lionel Messi added late goals to add gloss to the scoreline.

It was an ideal start for the league leaders, although while they ended Saturday with a five-point advantage over Real Madrid, that was cut down to two when Los Merengues returned to action on Sunday.

Zinedine Zidane’s side were just as impressive against Eibar, taking a comfortable 3-0 lead inside the first 37 minutes—through Toni Kroos, Sergio Ramos and Marcelo—before the visitors pulled one back on the hour mark.

Up next on Tuesday are Leganes, who only had themselves to blame for falling to a 2-1 defeat by Real Valladolid on Saturday evening.

An early mix-up between Nigeria’s Chidozie Awaziem and Pichu Cuellar allowed Enes Unal in to poke home an early goal, and the hosts never recovered, with Valladolid ultimately winning 2-1.

It leaves Leganes three points from safety, and it’s imperative there are no more defensive slip-ups when they come up against goal-hungry Barca on Tuesday.

While Quique Setien’s side have already lost five matches so far this season, it’s hard to see how Leganes will get anything out of this one.

Perhaps the only encouragement for the relegation battlers may come from the fact that Barcelona have to face Sevilla away on June 19; it’s a tricky fixture, and Setien may be tempted to shuffle his pack for the more straightforward clash against Leganes.

If so, could this give the minnows a chance?

On Monday, Levante host Sevilla, who impressed upon their return to action with a 2-0 victory over rivals Real Betis in Thursday’s derby.

Levante will be tough opponents, having impressed on Friday as they held Valencia 1-1 away. The hosts thought they’d won it when Rodrigo struck in the 89th minute, but Gonzalo Melero netted a 98th-minute penalty to rescue an unlikely point.

Atletico Madrid were unable to return to action with all three points as they could only manage a 1-1 draw with Athletic Bilbao in Sunday’s early kick-off.

Diego Costa equalised for Atleti just before half time after Iker Munian had put the Basque side ahead two minutes earlier.

Diego Simeone’s side have now only won one of their last five matches, and must take a win away at Osasuna to reassert themselves in the tight race for Champions League qualification.

Real Madrid: Bale fails to impress, with or without a crowd

Mon Jun 15 , 2020
Real Madrid He was a ghost against Eibar CHEMA REY Gareth Bale passed his half an hour on the pitch against Eibar as a largely unnoticed presence – like a ghost. Unfortunately for Real Madrid, that’s what we’ve come to expect of the Welshman now. With the score at 3-1 and […] 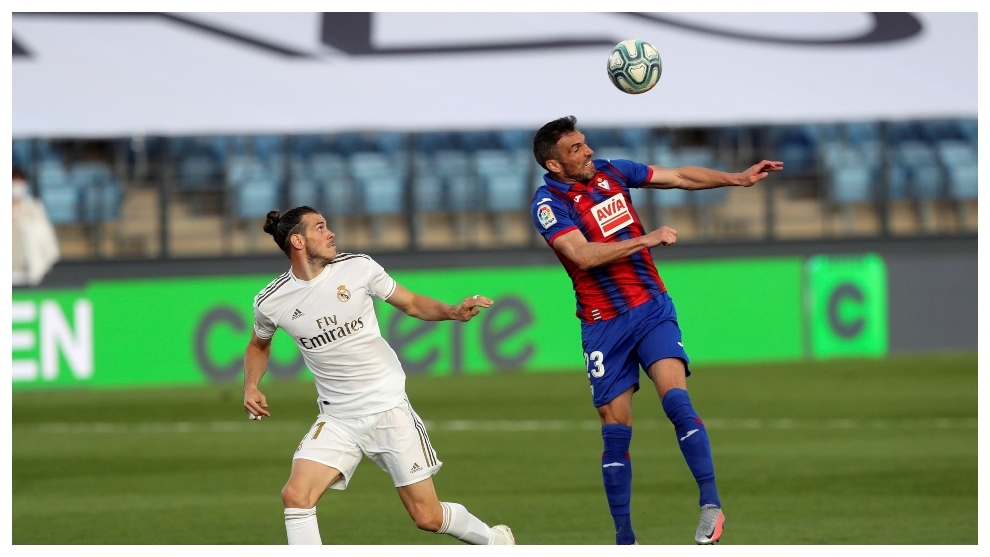