After a remarkable 2020, the striker is aiming to improve on her impressive form at Tokyo 2021 this summer

Barbra Banda has targeted more goals for Zambia in the Olympics, aiming to record ‘solid achievements’ at Tokyo 2021.

The Zambia international had found the net 18 times to clinch the golden boot in China, as Shanghai Shengli finished third in 2020.

Before her remarkable season in the Chinese Women’s Super League, she was pivotal in the Copper Queens’ triumph over Cameroon to seal the Olympic ticket for the first time in March.

On her return, she scored three goals as Zambia made a semi-final appearance at Cosafa Cup 2020 in South Africa and also to inspire her side to a 2-1 comeback win over Chile in December.

Reflecting on her amazing year 2020, especially the Olympic feat, she was thankful to her coaches and teammates at club and country.

“It was a great year and I am really happy with what I have achieved so far,” Banda told FIFA.com.

“I think I have improved on my finishing and I have scored more goals. Of course, my coaches and team-mates gave me a lot of help and pushed me to do my best.

“And on top of all this, I am glad about what we have done with the national team. Before the final, we all talked about making history for our country and we made it. We feel pride in making history.”

Before her 2020 move to China, the striker became the first Zambian female to earn a contract abroad in 2018 after joining Logrono, where she netted 16 goals in 28 games in Spain.

“It was a great experience in Spain. We had a great team and I had amazing teammates,”

“I learned a lot there: new tactics, systems and styles of play. I improved a lot and learned how to understand the game.

“It was hard to leave Logrono but I always want to try something new. I am happy with my performance for Shanghai.

“Praise should go to the organisers of the Chinese Women’s Super League. The competition was perfectly organised.”

Ahead of the summer’s showpiece, the 20-year-old is hoping to make an impactful outing with the Copper Queens in Tokyo and set their sights on Africa Women’s Cup of Nations success.

“It may be our first time to play in the Olympics, but we are not going just to make up the numbers,” she continued.

“It is a new challenge for us and we will take it as it comes. We will take it a game at a time. If it goes our way and I score as I usually do, we are hopeful of some solid achievements.

Tue Jan 5 , 2021
The Canadian forward will see out the remainder of the 2020-21 campaign in League One with the Addicks Liverpool forward Liam Millar has completed a loan move to Charlton Athletic after signing a new contract at Anfield. Millar, who spent the first half of the season captaining Liverpool’s U23 side, […] 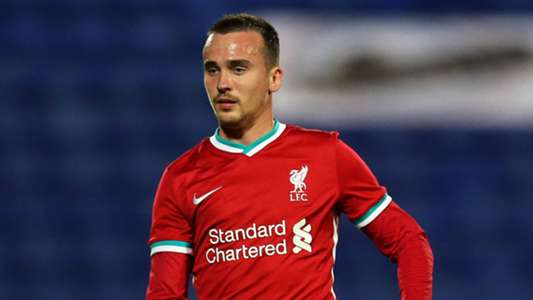