David Moyes has reiterated that it would take “Bank of England money” for Chelsea to pry Declan Rice away from West Ham in the wake of Frank Lampard’s dismissal.

Chelsea parted ways with Lampard on Monday, ending the club legend’s managerial tenure after less than two seasons in charge.

Throughout Lampard’s time as Blues boss, the club has regularly been linked with Rice, a player that was often reported to be a major target of Lampard himself.

Lampard was reportedly leading the charge to sign Rice, who has emerged as a vital piece of England’s midfield both in the present and the future.

But, with Lampard gone and Thomas Tuchel coming in, it remains to be seen how Chelsea approach transfers in the coming weeks and months.

Moyes had previously said that it would require “Bank of England money” for any club to convince West Ham to sell their prized midfielder, and the former Everton and Manchester United manager says that you can now add Bank of Scotland money on top of that too.

“No matter who was the manager at Chelsea, or whoever came in, it would have been the same answer,” Moyes said.

“I said it right at the start and I’m only repeating myself – Bank of England money would be required, and you might even need to add Bank of Scotland on to that as well because he has been so good.”

Rice, who was a member of Chelsea’s academy from 2006-14, made his West Ham debut in 2015 and has gone on to make 131 appearances for the club while scoring three goals.

He’s been a regular for the Hammers since 2017, making at least 31 appearances for the club in each of the last three full seasons.

This season, Rice has featured 21 times as West Ham currently sit seventh in the Premier League, two points off of a top-four spot.

The midfielder has earned 13 caps for England over the last two years, having made the switch from the Republic of Ireland after representing them three times at the senior level.

Rice and West Ham are set to face off with Crystal Palace on Tuesday.

Tue Jan 26 , 2021
Can Spurs extend the Reds’ winless streak in this top-of-the-table clash in North London on Wednesday? Premier League fans will be treated to a title showdown on Thursday evening when Tottenham Hotspur welcome Liverpool to North London. All eyes will be on the Reds to see whether they can end […] 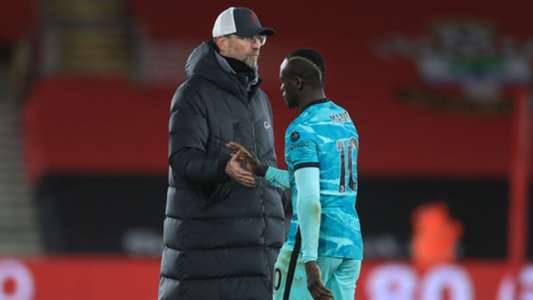