The Purple Sharks have won just one game from the eight played, and are placed in 10th position

Wakiso Giants head coach Douglas Bamweyana is content with a draw away in the Ugandan Premier League game against Uganda Revenue Authority (URA) at the Arena of Visions.

The Purple Sharks had hoped to disappoint the Tax Collectors by collecting maximum points, but it was not the case. They ended up recording their seventh draw of the on-going campaign.

“It was a very tough game and I think the boys did well,” Bamweyana conceded after the game.

“They are tough opponents and it was a tough game away from home. They contained most of the things they threw at us, their direct approach and long balls, I felt we dealt with them well.”

The tactician has further explained where he felt the Purple Sharks struggled and ended up sharing the spoils with their hosts.

“I felt we let ourselves down in a few areas where we could have probably had more control and covered some of the gaps,” Bwameyana continued.

“Overall, I felt we deserved to win but there were some very important calls that went against us but there is nothing we can do about that. We take the draw but I don’t think it is the result we would have wanted or deserved but given the situation, I think we can say we take the point.”

The team is placed in the 10th position with as many points from eight games.

In another game played on Saturday, Struggling Kampala Capital City Authority picked their second-biggest win of the season when they downed Malaba Youth Sports Association 5-0 in Lugogo.

Moses Aliro scored the opener in the fifth minute when he was provided with an assist from Charles Lwanga. The debutants kept the former champions at bay for the rest of the first half before they capitulated in the second half. Bright Anukani scored his first goal for KCCA when he doubled their lead in the 52nd minute.

Lwanga, who was the best player for KCCA on the pitch, added the third goal in the 83rd minute. That was also Lwanga’s third goal in three games as he continues to enjoy a good season with Kasasiro Boys.

He added the fourth for the Kampala team when he found the back of the net with a clinical shot in the 88th minute. Bright Anukani scored the fifth goal in the 90th minute when MYDA conceded a penalty.

Sun Feb 21 , 2021
The Chamazi-based giants will miss four players as they battle to close the gap between them and second-placed Simba SC Azam FC have confirmed the absence of four key players as they prepare to take on Tanzania Prisons in a Mainland Premier League match on Monday. The league match was […] 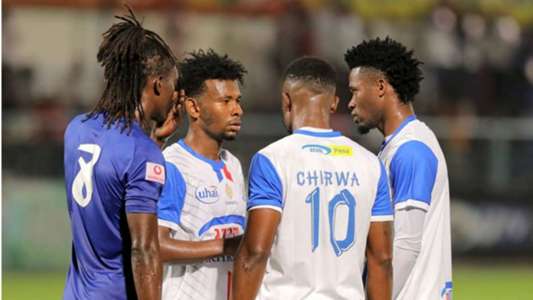