Wakiso Giants head coach Douglas Bamweyana is confident his team will get their first win on Friday when they play away to Mbarara City in the Ugandan Premier League assignment.

The Purple Sharks have not won or lost any games this season but shared the spoils in the five matches played. The only difference between them and their hosts is that the latter have drawn three and lost two games which puts them in the 13th position.

However, the tactician is optimistic about collecting his first win in the Ugandan top-tier this season.

“We are very ready and are looking forward to tomorrow. We want to look for victory,” Bamweyana said ahead of the game.

“We know it will be a hard place to go but we are confident that we have the quality to go and get the three points. Every game in this league is tough in its own right. It is up to you on the day to show the right attitude, temperament, and courage deserving to get the result that you want.

“Our attitude is that we can win any game. It is true that we have played five and drawn all of them, but I feel we deserved to win each of those games but it wasn’t to be.”

Bamweyana has further hinted how his charges intend to get a win, further insisting they are not under pressure to perform.

“We want to raise our level and start getting the results but we are not necessarily under pressure, but we are confident that we have the ability to get the result against any opponent,” he added.

“It is just about addressing a couple of issues in terms of the balance and that is why you have seen a couple of ins and outs to try and get the right balance for the team to get the results.

“We felt in the attacking department we didn’t exactly have the quality to take most of the chances we were getting and defensively we have to try to eliminate some of the errors, hopefully, we have got it right and we want to test it out tomorrow.”

Midfielder Tom Masiko is set to make his return to the team after a year out with an ankle injury. He has been training well with the team and is expected to be involved.

“We are happy to have [Masiko’s] experience as well, it can come in handy,” Bamweyana added.

“But we have a good group here, everyone holds their own set of attributes and that is what makes the team unique. So, it is up to [the technical bench] to find the right balance with our decisions, but it is a good thing that we have him back and fit.” 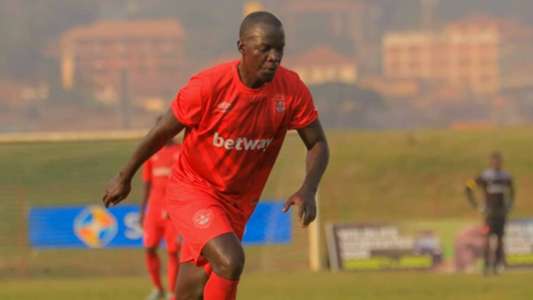