Leon Balogun has confirmed his Rangers contract extension clause is close to being triggered by the Scottish Premiership leaders.

He was picked up by the Gers on a one-year deal last July from Wigan Athletic, and he is already looking forward to extending his stay in Glasgow.

Balogun has helped Steven Gerrard’s side keep a 29-game unbeaten run in the Premiership this campaign which puts them at the top of the table with a 15-point lead above Celtic.

With 23 games under his belt across all competitions, the former Mainz 05 defender said he is close to making the number of appearances he needs to activate an extension clause for next season.

“I am playing for an amazing club,” Balogun was quoted by Glasgow Times. “This season so far has been going really well for me. So, yeah, I just hope it keeps going, I hope I can keep the momentum going and we can then at one point announce that we pulled the trigger.

“Obviously it is under some confidentiality. But it is getting closer and closer. Let’s just say I am quite confident that my time with Rangers is not over after this season.”

In Thursday’s Europa League thriller against Royal Antwerp, Balogun was thrown to the right-back position after James Tavernier limped off with an injury in their 4-3 comeback win.

The Germany-born star revealed how he quickly adapted to the position, thanks to his experience at Mainz 05, Fortuna Dusseldorf and Darmstadt.

“So I do have experience there and that helped me immensely to adapt quickly to that kind of quick, frenetic game.

“When I played there before, it was quite an attacking position as well. You had the likes of Philipp Lahm and Dani Alves there already. The way they interpreted that role was quite offensive. Marcelo to this day.

“The difference is more in how I used to play. I used to play for teams that would sit back a little bit more. I would also go and attack and run up and down the field but not as frequently as we do it here. Our full-backs are an essential part of our game. It’s definitely a lot more offensive than I was used to.”

Balogun will be hoping to help the Gers continue their impressive form when they host Dundee United at Ibrox Stadium on Sunday.

Sat Feb 20 , 2021
Phil Neville is confident the centre-back will take on a leading role at the MLS side Inter Miami have signed former Stoke defender Ryan Shawcross. The 33-year-old’s contract with the Championship club was terminated by mutual consent on Friday, allowing him to complete a move to the MLS side. The […] 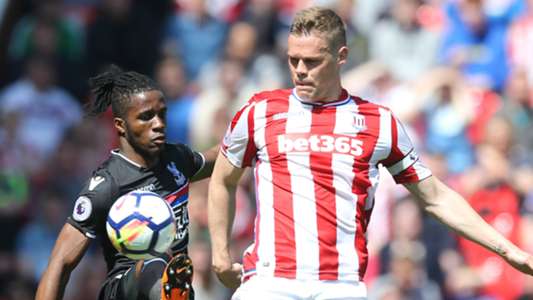