The on-loan Real Madrid star’s renaissance continued on Sunday with a double, taking him to six goals in as many games

Gareth Bale’s improved run of form continued on Sunday as he netted for Tottenham against Crystal Palace.

The Wales star spent much of his first five months back at the club on loan from Real Madrid struggling to make an impression under Jose Mourinho.

However, he has won his place in the starting XI and has developed into the type of influential player he was expected to be when he returned shortly before the summer transfer deadline.

Bale has now scored six times in his last six games, having struck only four times in his first 16 games on his return to the club.

His first against Palace was a close-range finish after good work from Lucas Moura and Harry Kane sprung open the defence.

The second was an even more impressive strike. He started the move by feeding a pass out to Sergio Reguilon, with his former Real Madrid colleague, the was on hand to complete it by heading home after being set up by Kane once more.

It means that he has scored in three successive home matches for the first time since September 2013, when he netted in four in a row for Madrid.

Bale’s run includes home goals against Wolfsberger in the Europa League, as well as Burnley and now Crystal Palace in the Premier League. He grabbed doubles in the latter two games.

Furthermore, he also scored against Wolfsberger away from home in the first leg of their Europa league tie – a goal that was the catalyst to his improvement.

Tottenham have a Europa League double header against Dinamo Zagreb to play over the next 11 days, with that sandwiching a North London derby against Arsenal. Spurs also host Aston Villa before the international break.

Sun Mar 7 , 2021
The Xeneize look to get back on track in Liniers as they face Mauricio Pellegrino’s in-form Velez Argentine football begins its program for 2021 with the playing of the Copa Liga Profesional. All games are live streamed on Fanatiz and you can sign up to watch free here. Boca was crowned […] 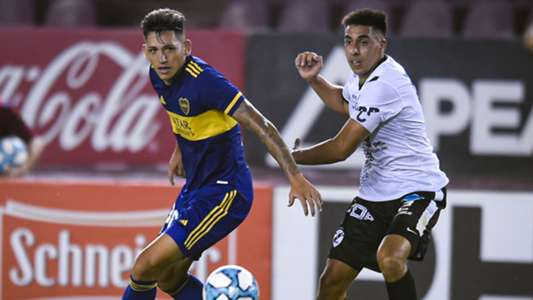