Keita Balde was on the scoresheet as Sampdoria secure a 2-1 win over Fiorentina in Sunday’s Serie A game.

The 25-year-old was handed his sixth league start since teaming up with the Blue-circled on loan from French club Monaco.

The Senegal international delivered impressive performance in the encounter, scoring his fifth league goal of the season.

Balde’s effort helped Claudio Ranieri’s men return to winning ways after losing to Juventus and securing a draw against Benevento.

The Senegal winger opened the scoring in the 31st minute of the encounter with a fine header after receiving a sumptuous assist from Gaston Ramirez.

Fabio Quagliarella then scored the match-winning goal in the 71st minute after he was set up by Antonio Rosati.

Balde featured for 89 minutes in his 12th appearance across all competitions for Sampdoria before he was replaced by Mehdi Leris.

The victory ensured the Blue-circled moved to the 10th spot on the league table after gathering 30 points from 22 games.

Sampdoria is the second club Balde will be playing for on loan since teaming up with Monaco in the summer of 2017.

The forward featured for Inter Milan in the 2018-19 season and despite impressing during his time with the club, he was not handed a permanent deal.

Balde will hope to continue his goalscoring performance for Sampdoria when they take on Lazio in their next league game on February 20.

The forward is a key member of the Senegal national team and has made 30 appearances for the West African side since his debut against Niger in 2016.

Mon Feb 15 , 2021
The Red Devils are well off the pace of Pep Guardiola’s league leaders but their manager is refusing to throw in the towel just yet Ole Gunnar Solskjaer says that Manchester United will not let Manchester City run away with the Premier League title, despite a rocky run of form […] 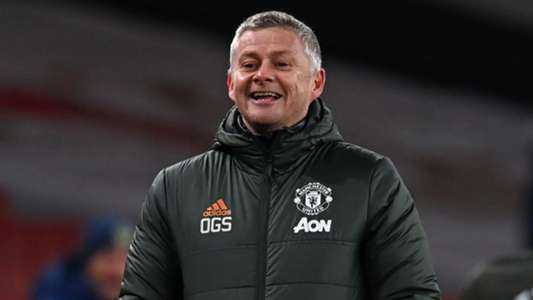