Azam FC assistant coach Vivian Bahati has maintained they have not given up on their quest to win the 2020-21 Mainland Premier League title.

The ‘Ice-cream Makers’ were leading the 18-team table at the start of the season before they were overtaken by Yanga SC and Simba SC, a move that saw them fire coach Aristica Cioaba and named George Lwandamina as his replacement.

On Saturday, the team jumped to second spot on the log after they secured a 2-0 win against bogey side Mtibwa Sugar at Chamazi Stadium and it is the reason assistant coach Bahati feels they are not out of the title race yet.

“We want to win our matches, we will strive to win all our remaining matches and see where we will be at the end of the season, we want the fans to support us, they should not give up.”

On getting maximum points against Mtibwa, a side that has always proved difficult for them to beat, Bahati said: “We thank God for the three points, we all know Azam vs Mtibwa is always a tough game for both sides, they beat us at their home and so we also wanted to revenge and we managed to do it.

“Azam overpowered Mtibwa on the ball, we denied them the ball and they gave us space which we used to attack them well, our plans worked accordingly because we allowed them to possess the ball but when they opened space we attacked them.

“Our first goal, we pressed them, they did not want to cage in but we kept pressing them until we scored until they conceded a penalty which we scored from, and the second goal we also pressed them and they gave us space inside the box and we scored.

“Our tactics were very simple, we allow them to dominate the game and we attack them using the space they create and it worked really well.”

“We are not 100 percent happy with the team display, we still have a lot to do, we had three weeks of a break, we have tried to work on the team’s speed, we are still working on that, we have to be 100 percent good in all areas and that is what we are working on.”

Azam are now second on the log on 47 points from 25 matches, three fewer than table-toppers Yanga, who will play against KMC FC at Benjamin Mkapa Stadium on Sunday.

Video: AFHQ - Will Salah or Mane ever join Real Madrid or Barcelona?

Sat Apr 10 , 2021
Barcelona or Real Madrid? Who should Liverpool’s African duo join next? Source of the article 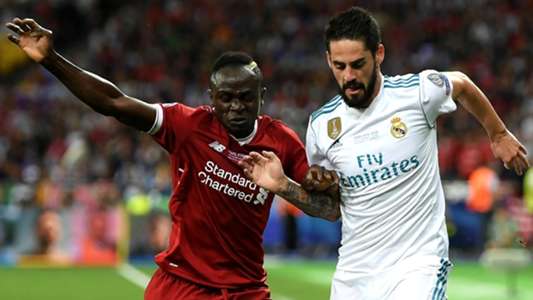