Teams playing against ATK Mohun Bagan shouldn’t be too happy about going into the break without conceding goals. That is because all of Bagan’s goals except one have been scored in the second half.

Bagan end their games well and with the second-best defence in the league taking care of oppositions’ attackers, it is no surprise that they are second on the table after 13 games, only behind Mumbai City.

But on Tuesday, NorthEast United not only dealt with Bagan’s attack that featured Roy Krishna and David Williams but also breached their defence twice.

Luis Machado and Federico Gallego made their presence felt and got on the scoresheet to help Khalid Jamil win two games in two since taking over from Gerard Nus earlier this month.

In the first half, NorthEast had a couple of good chances but they failed to convert them. It was more concerning for the Highlanders as they needed to get off to a good start against the Mariners who were a ‘second-half team’.

After the break, NorthEast matched Bagan in all areas of the pitch and there was a flow to their game. It must be noted that Bagan had to substitute David Williams after an injury to the Australian. That injury affected Bagan’s forays forward.

Although Manvir Singh did trouble Nim Dorjee Tamang on quite a few occasions, Bagan struggled to make their chances count. Tamang did produce a moment of brilliance as he made a crucial goal-line clearance in the second half.

After the game, Jamil said, “I just told my players that concentration should be good and asked them to play their natural game. They did what I told them to do.”

Both teams went for it and NorthEast looked more dangerous in the final third. However, they were also at the receiving end of some help they did not ask for from the referee.

Firstly, Luis Machado barged into Tiri and sent him to the floor as he dribbled into the box and beat the keeper to open the scoring. The goal was very-well taken but there was a clear foul during the build-up for which the linesman had raised his flag. The referee overruled it and allowed the goal to stand.

To add to Habas’ frustration, keeper Roy Chowdhury failed to get to a ball into the box and instead brought down Krishna but both the referee and linesman awarded a goal kick instead of a penalty.

Krishna found the equaliser and ended his goal drought after guiding a brilliant Carl McHugh through ball into the net from inside the box.

There was poor refereeing on display for sure but that was not a strong enough excuse to throw the game away. Highlanders kept going whereas Bagan looked less likely to score as the game progressed.

And then the magic happened in the 81st minute. Gallego picked up the ball on the left flank, dribbled inside, made space for a shot from the edge of the box and curled a magnificent effort into the bottom right corner of the net.

The famed Bagan defence could only stand and watch as the player did all of these in a matter of seconds. It was the spark that NorthEast had been missing. It was just reward because NorthEast were testing the Bagan defence continuously.

Kassa Camara also tested Arindam Bhattacharya from distance while Mashoor Shareef saw his header come off the woodwork. In fact, the defender could have had a brace as he saw his effort from a corner miss the target by a few inches.

Khalid Jamil’s team are level on points with fourth-placed Hyderabad and they are up against league leaders Mumbai City next. With two wins in two games, the Highlanders will be high on confidence going into that crucial fixture.

Wed Jan 27 , 2021
GOAL tells you the fascinating story of Suhail Bhat, who has made a name for himself in his very first exposure trip after scoring against UAE… Football or academics. Suhail Bhat was in a quandary when AIFF (All India Football Federation) offered him an opportunity. He has always dreamt of […] 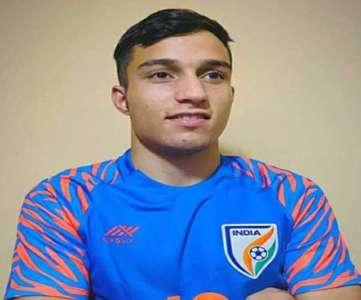