South Africa coach Molefi Ntseki says they had “positive” expectations on Motjeka Madisha who lost his life in a car crash in December 2020.

Madisha died aged exactly a month away from his 26th birthday and had established himself as an undisputed starter at Mamelodi Sundowns.

Having been a bit-part Bafana Bafana player since his international debut in 2018, the defender had also just become a regular in the national team set-up at the time of his demise.

“There were a lot of positive things we were [expecting] from Madisha‚ it is just unfortunate that we lost him the way we lost him,” Ntseki told Times Live.

“For Bafana and everybody‚ it’s as if it is not real‚ it’s like he will come back to the team. But we have to accept and pass our condolence to everyone.”

Apart from the late defender’s impressive performances at club level, Ntseki says Madisha was considered for Bafana due to his history with junior national teams which earned him some international experience.

“I have had a very good relationship with him because he was always full of energy‚ always playful and a good person for the dressing room and for training sessions.

“Those were the good things about him. When we brought him to the Bafana set-up‚ we were looking forward to having a younger player coming in to strengthen our defence.

“If you look at defenders in the current national team‚ most have been with the team for more than five years. Madisha came in because of his background of having been with all the national teams.

“When we played against Sao Tome and Príncipe in Durban‚ the two captains were not in camp and I went with him to the press conference.”

Before his death, Madisha was already being mentioned as a future South Africa national team captain.

Wed Feb 3 , 2021
The Nairobi club has moved with speed to strengthen its playing unit in the ongoing transfer window despite enjoying a current good run of form Football Kenya Federation Premier League side Wazito FC have completed the signings of Ellie Asieche, Erick Otieno, Levis Opiyo and John Odhiambo. The Nairobi club […] 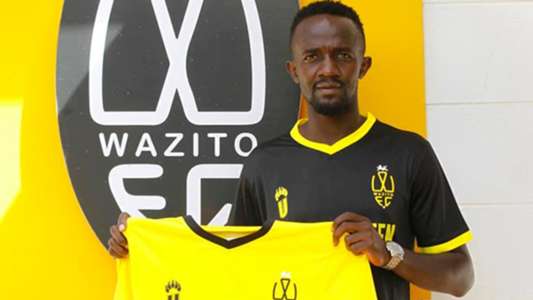