Ghana defender Abdul Rahman Baba has left Chelsea for Greek side PAOK, the English side have announced.

The 26-year-old joins the White-Blacks on a loan deal lasting until the end of the season.

He has been forced to look away from Stamford Bridge owing to being frozen out of the first team.

“Baba Rahman has today moved on loan to Greek side PAOK for the remainder of the campaign,” Chelsea wrote in a publication on their official website.

“Having recovered from injury, the 26-year-old left-back has appeared on occasions for Chelsea’s development squad this season but now moves overseas for first-team football.

‘His new loan club PAOK are known to Chelsea supporters for our games against them in the Europa League in 2018. They are currently fourth in the Greek Super League table.”

PAOK are Baba’s fourth club where he will spend time on loan since joining Chelsea in 2015, following periods with Schalke 04 in Germany, French side Reims and La Liga outfit Real Mallorca.

After a run of fine outings for Augsburg in the Bundesliga, the left-back transferred to the Blues, signing a five-year deal.

He made his first appearance for the London side in a Champions League fixture against Israeli club Maccabi Tel Aviv which ended in a 4-0 home triumph, and made his Premier League bow in a 2-0 victory over Aston Villa.

By the end of his first season in England, he made 15 league appearances for the Blues, starting in 11 of the games, a limited number of outings that would force him back to Germany to join Schalke on loan for the 2016-17 term.

His loan deal was truncated by a long-term injury sustained while playing for Ghana at the 2017 Africa Cup of Nations but he returned to the Royals for a second loan stint after his injury comeback.

On his return, Baba, unlike previously, struggled for playing time at Veltins-Arena, resulting in the premature termination of the deal and a subsequent move to Reims in France for the second half of the season.

After a successful spell in Ligue 1, Baba joined Mallorca last season but saw disappointment once more as he sustained another long-term injury on his second league outing for the club, cutting short the loan.

After regaining fitness, he has had to train with Chelsea’s U23s ahead of his anticipated move away.

Last November, he made a return to international duty with Ghana after two years out.

Sun Jan 31 , 2021
The German champions have punished the midfielder for ignoring the Bundesliga’s health measures amid the coronavirus pandemic Corentin Tolisso has been fined and dropped by Bayern Munich for breaking Covid-19 rules to get a tattoo. Tolisso was left out of Bayern’s squad for the 4-1 victory over Hoffenheim in the […] 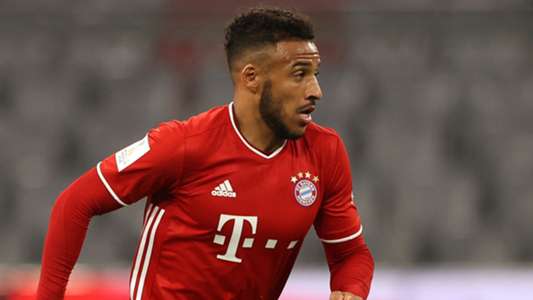