Azam FC have claimed a 2-1 win over Mbeya City in a Tanzania Mainland League match at Azam Complex on Thursday night.

Iddi Selemani and Prince Dube scored for the hosts while David Mwasa scored the consolation for the visitors.

With Yanga SC settling for a 3-3 draw with Kagera Sugar on Wednesday, the 2014 champions had to win the game to revive their hopes of winning the title this season.

It looked like an easier task considering the fact that their visitors have struggled in the current campaign and prior to the game against the Ice-cream Makers, they had conceded 21 goals from 20 matches played.

As expected, the Chamazi-based charges opened their account after just four minutes. Iddi was at the end of a move involving his teammates and he did not disappoint.

The hosts did not have to wait for long to get the second goal. Once again, Mbeya lost concentration in the 29th minute, allowing Azam into the danger zone. Zimbabwean Dube took the opportunity fully and did not hesitate to double the advantage.

The George Lwandamina-led charges would have had more goals before the break but they did not capitalise on the chances they had created.

After the break, Mbeya came back a little bit organised hoping to avoid conceding more goals and maybe get the two goals to bring the two teams on level terms.

Mwasa halved the scores in the 70th minute capitalising on concentration lapses by their hosts who seemed comfortable after getting the two goals.

Despite setting up a tense finale, neither of the two sides managed to get another goal.

Azam are now third on the table with 36 points after 20 matches, 10 less than leaders Yanga. Simba SC come in second spot with 42 points from 18 games.

Thu Feb 18 , 2021
The Black Stars boss has spoken about the camp activities for the March clashes with South Africa and Sao and Principe  Ghana coach CK Akonnor reveals he is open to making changes to his squad as preparations continue for their 2021 Africa Cup of Nations qualifying double-header against South Africa […] 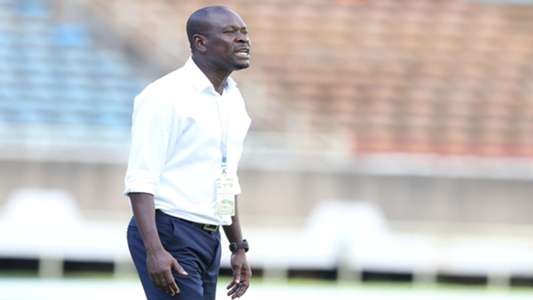