Halimatu Ayinde put up a solid display for Eskilstuna United but they bowed 1-0 to Ebere Orji’s Linkopings at Tunavallen on Sunday.

Mangus Karlsson’s side aimed for a morale-boosting outcome ahead of the new season which kicks off on June 27 but the Nigerian pair of Ayinde and Ngozi Okobi could not help them avoid defeat.

Linn Vickius, Kaisa Collin and Felicia Rogic combined well, notably in the 20th minute but the hosts could not find a way past the visitors in the all Damallsvenskan warm-up encounter.

Orji came close to securing the lead for Linköpings but her effort was denied by the crossbar despite goalkeeper Emelie Lundberg’s show as the teams only settled for a scoreless draw at half time.

After the restart, Karlsson made wholesale changes to his Eskilstuna’s side but Linkopings eventually gained the lead through Johanna Alm’s header off a corner kick in the 79th minute.

Elise Stenevik came close twice as her first attempt from the free-kick was denied by the goalkeeper before the second went wide but the hosts could not avoid the defeat against the visitors.

Despite the loss, Ayinde, who played from the start to finish along with compatriot Okobi for Eskilstuna making a positive impact, ultimately won her side’s Player of the Match prize.

For Nigeria’s Orji, who joined the Swedish side from newly-promoted rivals Umea in January, was in action for more than 70 minutes of the encounter to ensure the victory of Linkopings.

Eskilstuna will hope to make necessary improvements in their build-up to the new campaign against Uppsala on June 21, while Linkopings will welcome KIF Orebro three days earlier.

Sun Jun 14 , 2020
Diego Simeone’s charges are in the Champions League quarter-finals but the midfielder fears they could miss out on next season’s competition Koke believes Atletico Madrid’s 1-1 draw at Athletic Bilbao has done damage to their Champions League qualification prospects. Diego Costa’s 39th-minute goal on the end of a clever Koke […] 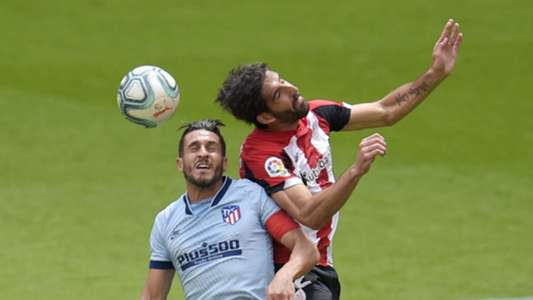