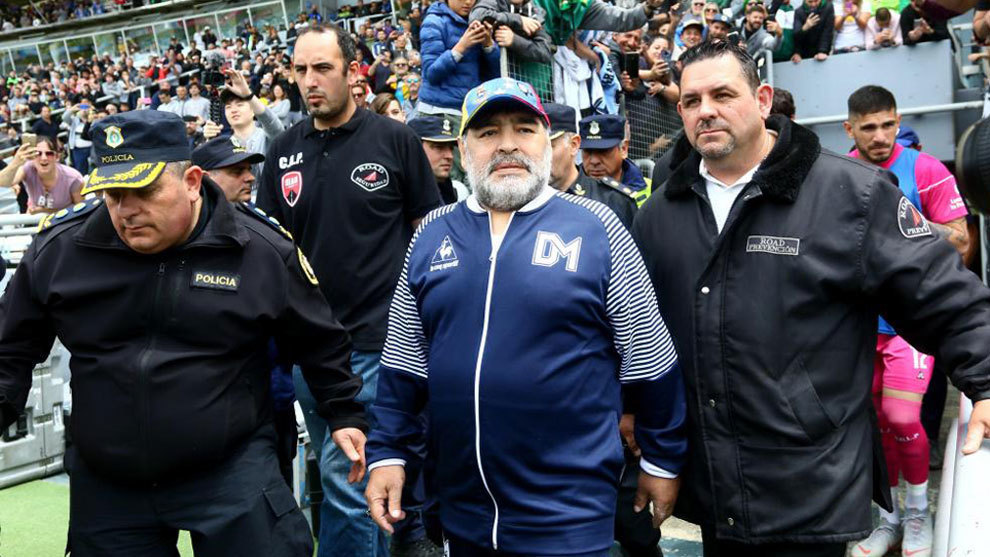 Argentine authorities ordered this Tuesday the search of the home and office of Agustina Cosachov, the psychiatrist who treated Diego Maradona, within the framework of the case that investigates the causes of the death of the former football legend.

The investigation was authorised by the judge in order to clarify the possible involvement of the psychiatrist in the death of the Argentine.

In that sense, sources from the General Prosecutor’s Office that carries out these investigations affirmed that they will send new communications in the coming days.

Speaking to TN channel, the psychiatrist’s lawyer, Vadim Mischanchuk, stated that these searches are ‘routine measures’ in all cases related to professional ‘malpractice’, in which items such as mobile phones and computers are collected to ‘reconstruct’ the patient’s medical history.

“My client is calm in terms of the medical decisions she made,” said the lawyer, adding that this Tuesday afternoon he meet with the Prosecutor’s Office.

Two days ago, the same judicial authority ordered the search of the home and office of the neurosurgeon Leopoldo Luque, who is currently in the crosshairs of the case that seeks to determine if there was any type of negligence around the death of Maradona.

The former Napoli player died last Wednesday at the age of 60. In fact, Luque appeared at the Prosecutor’s Office on Monday morning, but no statement was taken from him as he was not officially accused of any wrongdoing.

Maradona, who had been admitted earlier this month to two health centres for anaemia, dehydration and a hematoma in his brain for which he was finally operated on, died as a result of cardiac arrest in a house on the outskirts of Buenos Aires.

The former football player had received medical discharge from the Olivos clinic where he underwent surgery on November 11 and from that point on until his death he lived in a house inside a private urbanisation.

Damian Lillard: "I think I'm up there at the top with the best players [in the NBA]"

Tue Dec 1 , 2020
Photo: Getty Images The Portland Trail Blazers star Damian Lillard is confident in his skills. In a recent interview he admitted that he considers himself as one of the best players in the NBA. “I think I’m up there at the top with the best players [in the NBA]. And […]