The right-back was vital in that 2-0 win in the reverse fixture but faces a daunting task on Saturday against a different, dangerous Cityzens

The contrast at the top of the Premier League table after gameweek nine compared to current outlook going into this weekend’s games couldn’t be more dissimilar.

Tottenham Hotspur had just defeated pre-season title favourites Manchester City 2-0, a game many claimed had Jose Mourinho’s imprint written all over it. The Lilywhites defended for large portions of the game, were dangerous on the counter and took their chances in each half to score twice.

Spurs didn’t have possession, but the Portuguese manager didn’t care. He’d masterminded another win over his nemesis and sat joint-top of the PL standings at the time along with Liverpool on 20 points.

A frustrated Pep Guardiola was left bemoaning the London side’s approach and his side’s limitations. It was understandable, too, as they sat in 13th spot with 12 points, eight adrift of Mourinho’s side albeit with a game in hand.

Serge Aurier was a beneficiary of his manager’s approach in that game and produced arguably his best performance in a Spurs shirt to date on that day.

The much-maligned right-back didn’t score or assist in that triumph at the Tottenham Hotspur Stadium but he was probably the best outfield player for the hosts in the victory many imagined announced their candidacy in the race for their first league success.

While many observers focused on the Ivory Coast defensive performance on the day, he was equally important to the Lilywhites in possession. He played a staggering seven progressive passes (only Harry Kane with eight completed more) and ranked second in the side for forward-thinking ball carries.

Defensively, he was vital to the team’s rare pressing, made more tackles and interceptions combined and made more recoveries (seven) than all but two of his teammates—Moussa Sissoko and Pierre Pierre-Emile Hojbjerg, both of whom had eight.

It was that showing that made the defender Mourinho’s trusted choice at right-back over Matt Doherty and the Ivory Coast defender rewarded his manager’s faith with debatably more glowing showings in games at Chelsea and vs Arsenal.

The Lilywhites kept clean sheets in all three games, remained top of the standings after gameweek 11 and sat six points ahead of Guardiola’s troops.

Fast forward to the present and Mourinho’s team are not only out of the title picture but a staggering 14 points adrift of City, who sit top of the log after an impeccable 10-game winning run. They’ve conceded only twice in that spell and one was a Mohamed Salah penalty in last week’s 4-1 demolition of Liverpool and a Callum Hudson-Odoi consolation in stoppage time when they played Chelsea off the park in January.

Tottenham, meanwhile, have looked a shadow of those performances in the autumn, losing five of their 11 games since beating Arsenal 2-0 in the North London Derby. One of those losses even saw Aurier reportedly leave the ground early after his half-time substitution against Liverpool, a match the Lilywhites eventually lost 3-1.

Mistakes have crept into Mourinho’s backline lately and the Ivory Coast wide defender has unsurprisingly received a portion of the blame. The recent malaise can’t be attributed to the West African alone, however, as he wasn’t even in action in the rip-roaring League Cup exit in midweek.

Spurs were beaten 5-4 by Everton at Goodison Park, with the two-time Champions League winner lamenting a deluge of errors post-match.

“I enjoyed it – and I didn’t enjoy it. I enjoyed the way we played with the ball,” Mourinho told BT Sport.

“We created, we had great movement, we scored goals, created chances. Showed great character to fight against incredible mistakes. But attacking football only wins matches when you don’t make more mistakes than you create. We scored four goals and it was not enough.

“We fought back again but had more mistakes. It was the mouse and the cat. The mouse was our mistakes and the cat was us trying to compensate for that.”

There’s a sense that defensive disaster has given the former Chelsea boss the justification he needs to go ultra-defensive at the Etihad Stadium on Saturday, although that was always going to happen anyway.

Still, the growth of the Cityzens since that encounter in late November as well as Tottenham’s apparent struggles against cohesive units suggests Guardiola will get one over his rival after losing the last two meetings by an aggregate score of 4-0.

How Aurier fits into Mourinho’s scheme in Manchester remains to be seen, but the defender certainly his work cut out for him as he seeks a repeat performance against the rampaging champions-elect.

Fri Feb 12 , 2021
The Harambee Star was sent off after receiving a second yellow card but will be eligible to play again after completion of the ban Returning Zesco United goalkeeper Ian Otieno has urged his teammates to ensure they beat Buildcon FC on Saturday in order to maintain consistency in the Super League. Describing his […] 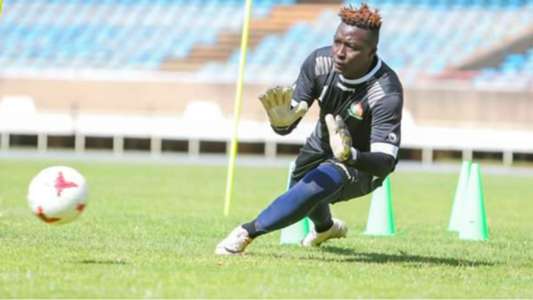