The Gunners will be back in Premier League action against the Saints on Tuesday, with their club captain being ruled out once again

Pierre-Emerick Aubameyang remains unavailable to Arsenal due to “personal family reasons”, with Mikel Arteta also sweating on Kieran Tierney’s involvement in a meeting with Southampton on Tuesday.

The Gunners are due to face the Saints again a matter a days after seeing the defence of their FA Cup crown ended at St Mary’s.

A 1-0 defeat on the south coast saw Arteta come in for criticism as he shuffled his pack in knockout competition.

Questions were asked of that decision as Arsenal have already slipped a long way off the Premier League title pace and could have done with more major silverware to boost collective morale.

A couple of big selection calls were, however, forced upon Arteta when he named his last starting XI.

Scottish full-back Tierney has been nursing a calf complaint, with no risks being taken on his fitness, while club captain Aubameyang has other issues to contend with.

That remains the case with the Gabonese frontman as the Gunners prepare to lock horns with Southampton again, with attacking inspiration needing to be found from alternative sources.

Arsenal have said of their skipper in an update posted on the club’s official website: “Will be unavailable for Tuesday’s match due to personal family reasons.”

They added on energetic defender Tierney, who has been a revelation over recent weeks: “Right calf. Kieran is being assessed for discomfort in the right lower leg.”

Arteta will be hoping that his first-choice left-back shakes off that ailment to put himself in contention for more minutes.

There will, however, be no place for Pablo Mari within his plans at St Mary’s, with the Spanish centre-half another of those to be nursing a muscle problem.

The Gunners said of the 27-year-old: “Right calf. Pablo is progressing well from a mild calf strain. Aiming to be back in training this week.”

Mari’s fellow countryman, Dani Ceballos, will also play no part against the Saints.

He took in 69 minutes of a 0-0 draw with Crystal Palace on January 14, his second outing of 2021, but has been stuck on the sidelines since then.

Arsenal said of the Real Madrid loanee: “Left calf. Dani has resumed training and though not available for Tuesday, will continue to be assessed in the coming days.”

Tue Jan 26 , 2021
The experienced goalkeeper tasted top-flight glory back in 2013 and is looking to replicate that success under the guidance of Ole Gunnar Solskjaer David de Gea is “trying to be a leader” at Manchester United, with the Spanish goalkeeper setting his sights on a second Premier League title. The 30-year-old […] 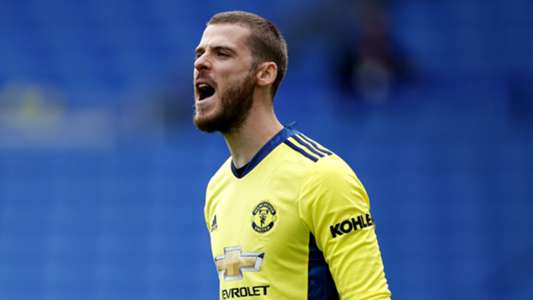