Aubameyang led from the front as Arsenal picked up a confidence-boosting 4-2 home win over Leeds United.

The Gabon international has struggled for consistency in 2020-21 but looked back to his best on Sunday afternoon, and Arteta singled him out for special praise after the match.

The Gunners head coach told reporters of Aubameyang: “I thought he was superb today. He’s been training really good the last week or so, he was back to normal, he looked really committed in training, really hungry.

“I think today he had a great performance, not just for the goals but the amount of pressure he put on every Leeds defender.

“I am delighted for him, he deserved it. We know that’s a big part of our future success is related to Auba being at his best and scoring as many goals as possible. If he is in that type of form, we are going to be closer to winning football matches, that is clear.

“We cannot just rely on him, but he is a big piece of our puzzle. You could see that today that when he is firing he is a difficult player to play against.”

Asked why he opted to deploy the 31-year-old, who has played on the left-wing for much of the season, as a No 9 against Leeds, Arteta responded: “We have the option depending on the game, the opponent. I thought he could be a good option today, and it worked well.”

How did Aubameyang grab his maiden PL hat-trick?

Aubameyang opened the scoring at Emirates Stadium after just 13 minutes, picking up the ball on the left before driving into the box and firing the ball past Leeds goalkeeper Illan Meslier at his near post.

The Gunners frontman doubled his account from the penalty spot in the 41st minute as he made no mistake from 12 yards following Meslier’s foul on Bukayo Saka in the box, with Hector Bellerin putting the hosts 3-0 up moments later.

Aubameyang completed his treble two minutes into the second half when he headed in a cross from substitute Emile Smith Rowe, and Arsenal held on for an important three points despite Leeds getting themselves back into the game via goals from Pascal Struijk and Helder Costa.

Arsenal spent £56 million ($78m) to bring Aubameyang to the Emirates from Borussia Dortmund in January 2018, and he has since repaid every penny of that fee with his exploits in the final third of the pitch.

The Gabonese forward has now scored 81 goals in 132 appearances across all competitions for the Gunners, while also setting up a further 16 for his team-mates.

11 of his goals have come in the first half of the current season, and he will have the chance to add to his tally when Arteta’s side take on Benfica in the first leg of their round of 32 Europa League tie on Thursday night.

Mon Feb 15 , 2021
This is a second stint for the much-travelled tactician at Taifa Stars, having managed both the junior and the senior team in the past Kim Poulsen has been confirmed as the new Tanzania head coach by Tanzania Football Federation. The Federation believes the 61-year-old is the best candidate to help […] 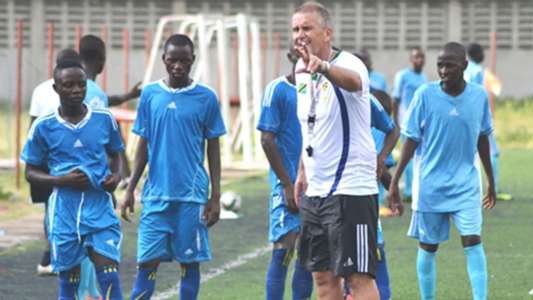