The 18-year-old striker has been labeledd “the new Luis Suarez” and has caught the attention of several top teams in Europe.

The Spanish side are leading the race to land Matias Arezo from Uruguayan side River Plate as they continue to plan for the long-term future.

Atletico are in advanced talks over a deal for the Uruguay Under 23 international.

The Rojiblancos hope to seal the signing of the attacker for around €12 million to take a majority stake in the player’s economic rights.

If Atletico manage to wrap up the transfer, they will loan Matias Arezo to River Plate’s domestic rivals Penarol until July, when he will join up with Diego Simeone’s team to prepare for the new season.

Matias Arezo has scored four goals in 14 games for River Plate since January.

He made his senior league debut for River Plate at the age of 15 and has already made 62 appearances in all competitions, scoring 21 times.

His contract with River Plate runs until December 2022.

They have already have an agreement in place to bring 20-year-old Brazilian forward Marcos Paulo to the Spanish capital from Fluminense at the end of the season.

Barring a shock development, the Portugal Under 19 international will join on a five-year deal in July.

Mon Apr 12 , 2021
The retired Uganda international has made the revelations following the alleged acts of manhandling on Friday in Mengo Former Uganda international Mike Mutyaba has claimed he is in pain following the alleged rough handling he received while he led a demonstration at the Fufa office, where he demanded payment of unsettled dues. The […] 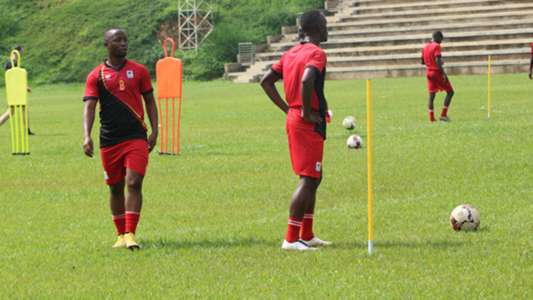