For the first time since he arrived at Atletico Madrid, Alvaro Morata has lost his starting place.

In the absence of Diego Costa for much of this season and the last, Morata has kept his spot in Diego Simeone’s team.

However, now that Costa is back fit and in favour, the picture looks different.

“I don’t see the two playing together in the same team,” Simeone said about the two strikers.

It’s Costa who has been preferred since LaLiga Santander returned, starting against both Athletic Club and Osasuna.

The 31-year-old scored at San Mames before recording an assist at El Sadar, but Morata hasn’t given up the fight just yet. 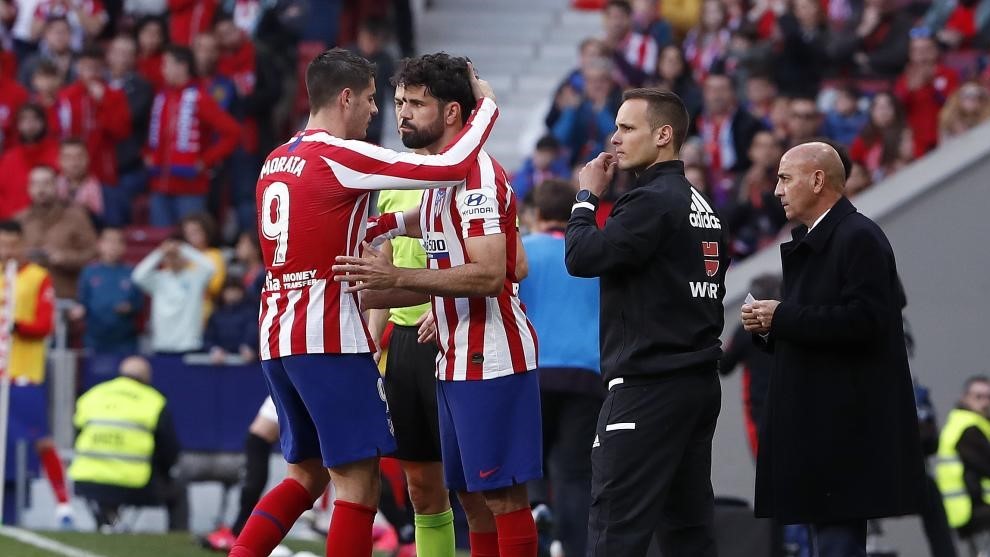 The former Real Madrid striker played in both matches, finding the net as a substitute against Osasuna on Wednesday.

That goal took Morata’s tally to 13 for the season, which means he’s still Atletico’s top scorer in all competitions.

Now second choice, this isn’t a new experience for Morata, who also lost his place in the team at his previous clubs.