Manvir Singh scored a brace as ATK Mohun Bagan pummeled Odisha FC 4-1 in the Indian Super League 2020-21 contest at the GMC Stadium in Bambolim on Saturday.

Despite the brilliant show put on by the Kolkata giants, Habas felt that his side did not perform to their potential in the final quarter of the first half. He, however, said that his side came back stronger in the second half and the scoreline reflected their performance.

“I think we played good football in the first 25 to30 minutes and after that, we slipped for 15 minutes before the half-time and the opponent came back in the match. In the second half, we were better and we scored,” said Habas

The Spaniard mentioned that while Manvir Singh is an important player for his team, he has to perform on a more consistent basis. With the signing of Marcelinho, Habas certainly now has more options in attack.

“We have some players who are recovering now and alternative players come into the starting lineup. When one player is recovering, another player gets more minutes. Manvir for me is an important player for us and today he was fantastic,” he said.

“We have confidence in Manvir. He had to improve in regularity and no wonder his tempo is improving. It is a challenge for Manvir now. We have good players in attack. It’s absolutely necessary to have more players like (David) Williams or Javier (Hernandez) or now Marcelinho. Now we have the option of alternating the players,” he added.

Habas was unperturbed with the yellow card shown to midfielder Pronay Halder which meant that he will miss the next game due to suspension. The former FC Pune City coach said that Carl McHugh has recovered to participate in the next match against Bengaluru FC.

“Yes, he (Pronay Halder) got a yellow card today. But we have other players in that position. We had Carl McHugh suspended with yellow cards and now he is back for the next match.”

Zinnbauer not concerned by Orlando Pirates’ edgy win over Uthongathi

Sat Feb 6 , 2021
A moment of sublime skill from Deon Hotto, which lead to the goal, was the key moment in what was otherwise a close game against the second-tier club For Orlando Pirates head coach Josef Zinnbauer, Saturday’s 1-0 Nedbank Cup last 32 win over Uthongathi was less about the performance and […] 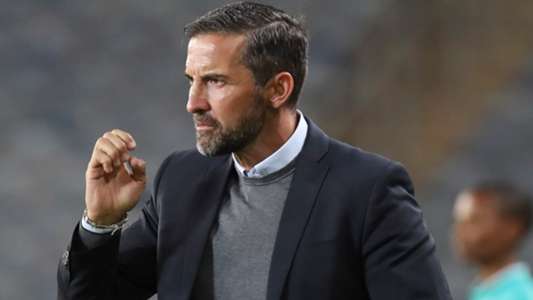