Iyayi Atiemwen was on the scoresheet as Dinamo Zagreb secured a 3-2 win over FC Krasnodar in the first leg Round of 32 of the Europa League game on Thursday night.

The 25-year-old has been with the Blues since 2019 when he joined the side from Croatian club HNK Gorica.

The forward, however, spent last season on loan with Lokomotiva Zagreb and only returned to the Stadion Maksimir in the summer.

Atiemwen was handed his 11th appearance across all competitions this season at Krasnodar Stadium and made a significant contribution in the encounter.

The Nigerian forward sealed the victory for Zoran Mamic’s men in the encounter to hand them an advantage for the second leg.

Dinamo Zagreb started the game impressively when Bruno Petkovic opened the scoring in the 15th minute after he was set up by Mislav Orsic.

Marcus Berg then levelled proceedings for FC Krasnodar in the 28th minute with an individual effort and despite several attempts from both sides to try and score more goals before the interval, the first half ended 1-1.

After the restart, Petkovic handed Dinamo Zagreb the lead, completing his brace after benefitting from another assist from Orsic.

FC Krasnodar came back into the game when Viktor Claesson levelled matters after receiving a timely assist from Berg.

With 15 minutes left to play, Atiemwen scored the match-winning goal, having been introduced in the 63rd minute, firing his effort beyond the reach of goalkeeper Evgeniy Gorodov after he was set up by Luka Ivanusec.

Atiemwen has now made three appearances in the Europa League this season for Dinamo Zagreb after also featuring against CSKA Moscow and Wolfsberger AC.

Atiemwen will hope to get a starting role in the return leg of the Europa League game at Zoran Mamic on February 25.

'He meant to control it!' - Fernandes claims James assist was an accident in Man Utd's Europa League win

Thu Feb 18 , 2021
The midfielder struck twice as the Red Devils secured a comfortable win in the first leg against Real Sociedad Bruno Fernandes joked that Manchester United team-mate Daniel James did not mean to set him up for a goal in the 4-0 win against Real Sociedad on Thursday. United have a […] 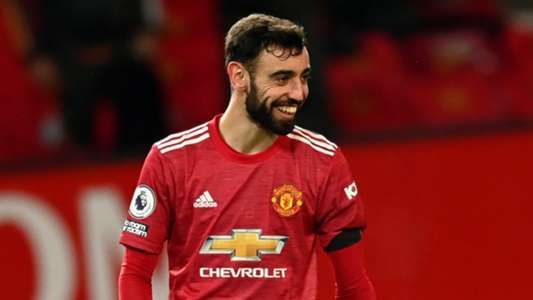