Former Orlando Pirates striker Lyle Foster says he is encouraged by Monaco’s close monitoring of his progress while out on loan at Belgian First Division A side Cercle Brugge.

The South Africa youth international has managed 19 appearances for Cercle Brugge in all competitions this season, scoring just one goal.

With his loan stint close to coming to an end, it is yet to be seen if Foster has done enough to convince Monaco coach Roberto Moreno that he deserves to be playing Ligue 1 football with the club next term.

“Monaco do keep in touch with me. They keep real close tabs on me and the other two players here from Monaco,” said Foster as per Times Live.

“They give feedback and identify areas where we can improve. It’s good to see that they are still involved and give that feedback. You have that feeling that at least your club still has an interest in you.”

In the early stages of the season, before he was sent to Cercle Brugge, Foster featured in two Ligue 1 matches for Monaco, an experience he cherishes because of playing alongside some of the established names in world football.

The 19-year-old started in the 3-0 defeat away at Metz, while coming on as a substitute in the 3-0 home loss to Olympique Lyon.

“To start the first league game with Cesc Fabregas on our team sheet was a brilliant experience for me‚” Foster said.

“Then obviously with Wissam Ben Yedder‚ Jean-Kevin Augustin and Islam Slimani – three world-known strikers – coming in‚ it would be hard for me to play. Ben Yedder is now the top scorer in Ligue 1‚ scoring more goals than the big names at PSG. I look up to him so much from the three weeks I spent with him at Monaco.

“He told me it was very important to be playing. I told my agent – ‘Look‚ I need to be playing this season’‚ and we found an option suitable for me at Cercle. And this season I have seen as a very big one for me.”

Arriving at Monaco in January 2019, Foster only spent a day training under Thierry Henry who was then fired soon after.

“I had my first training session with him and the next day he was gone‚ which was crazy‚” said Foster.

“But just that one day with him you could see how much knowledge he has about football. It was just a very good day for me and I wish it could have been longer.”

Sun Jun 14 , 2020
Barcelona Opinion of Luis F. Rojo Arturo Vidal scored against Mallorca. AFP Quique Setien is facing a dilemma ahead of every Barcelona game. Assuming that Sergio Busquets and Frenkie de Jong are fixed members of his starting eleven, the third place in midfield is very much up for grabs. Setien opted […] 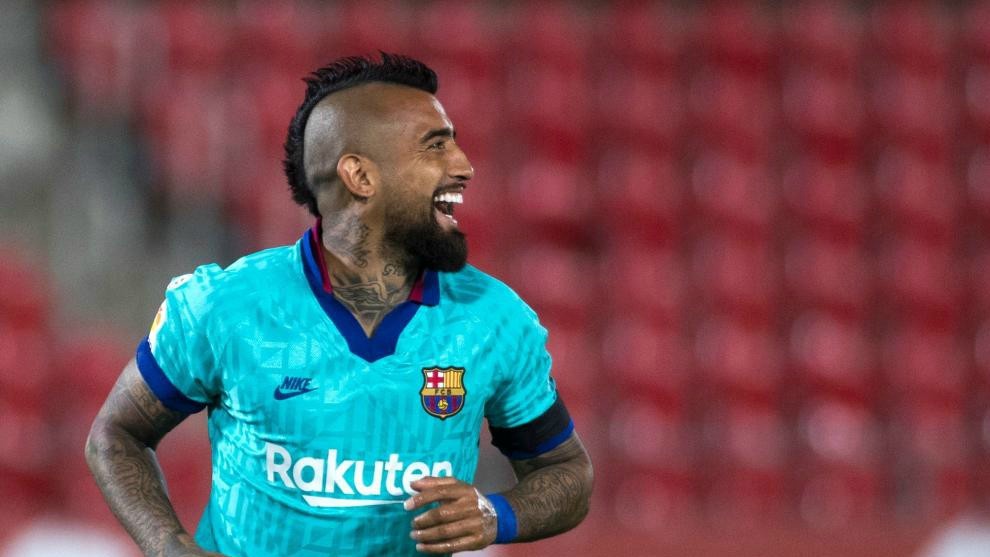