The former Chelsea and Ajax man has now scored four goals in his last six games in the 2020-21 English topflight campaign.

The Burkina Faso ace lined up in attack alongside Ollie Watkins, Jack Grealish and Ross Barkley to halt the aspirations of Steve Bruce’s side towards picking all three points from Villa Park.

As it proved a rewarding evening for Dean Smith’s men, they took an early lead in the 13th minute courtesy of Watkins. Matt Targett worked a neat interchange with Grealish before bending a cross towards the front post, where Fabian Schar flicked the ball vulnerably into the path of striker who headed past goalkeeper Karl Darlow from close range.

For Watkins, that was his ninth strike of the season in all competitions and first since November 2020.

In the 42nd minute, Traore doubled the lead as the hosts went into the half-time break with a two-goal advantage. A clever pass from Grealish found the unmarked 25-year-old who fired past a stranded Darlow.

Apart from his notable goal run, Newcastle United became the opponent he has scored more than once against in the tournament. His first goal against the St. James’ Park giants was on February 13, 2016 as a Chelsea player.

After replacing Diego Costa on the hour mark, the Stallion was on target as Guus Hiddink’s Blues silenced Steve McClaren’s side 5-1 at Stamford Bridge.

He was substituted for Egypt’s Mahmoud Hassan ‘Trezeguet’ in the 80th minute, while Marvelous Nakamba was in action from start to finish. Whereas, Egypt’s Ahmed El Mohamady was an unused substitute.

This result ended Aston Villa’s worrisome run of four games without a win and that moved them up to eighth in the English top-flight log after garnering 29 points from 17 games. They will now shift their focus to their next tie versus Burnley on Wednesday.

On the other hand, Bruce’s Newcastle remain 16th having gone ten games without a win and they would be hoping to end their awful run against Leeds United next time out on January 26.

Football on TV this week: Matches to watch & live stream in India today, tomorrow & this weekend

Sun Jan 24 , 2021
Goal lists out the television listings of all the major football activity from across the world Football never stops – pandemics aside – whether it is the Premier League, Indian Super League (ISL), Champions League or the international games such as the European Championship, there is almost always some action to watch on […] 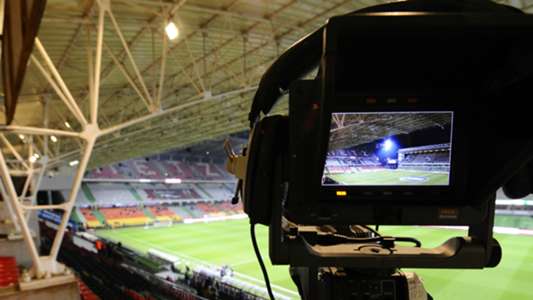