Aston Villa’s home date with Everton on Sunday has become the latest Premier League game to be postponed during the coronavirus pandemic.

A “significant” Covid-19 outbreak at Villa Park has forced Dean Smith’s side to take decisive action.

An FA Cup third-round clash with Liverpool did go ahead, albeit with an U23 side fielded by the Villans, but a meeting with Tottenham that was due to take place on Wednesday was called off.

With a number of first-team players and staff still in self-isolation, the West Midlands outfit have been forced to accept that a tie with Everton will have to be fit into an already testing schedule at a later date.

A statement on the club’s official website reads: “Aston Villa can confirm that Sunday’s scheduled Premier League fixture with Everton has been postponed.

“The club would like to express its immense gratitude to the medical experts who have helped us to get a significant Covid-19 outbreak under control, as well as the Premier League board and our fellow clubs for their understanding during this period.

“We expect that members of the first team squad and staff who are healthy and safe to return to training will do so on Sunday when the isolation protocols will have been observed.

“The club continues to wish all those affected by the virus a speedy recovery.

“Our Premier League fixture with Newcastle United, which was postponed as a result of a similar outbreak at their training ground, will now take place on Saturday, January 23 at 8pm.”

Everton have no complaints at seeing their pre-match plans disrupted, with the right decisions being taken by all concerned.

The Merseyside outfit have said in a statement of their own: “Everton’s away match against Aston Villa, scheduled to be played on Sunday 17 January at 12pm, has been postponed by the Premier League Board.

“Following the rescheduling of Villa’s game against Tottenham Hotspur, which was due to be played last night, a significant number of players and staff remain in isolation. As a result, the Premier League Board has agreed to Aston Villa’s request to postpone the match on Sunday.

“Newcastle United’s postponed match at Aston Villa, which was due to be played on 4 December 2020, has been rescheduled and will now be played on Saturday 23 January at 8pm, live on Sky Sports.

“The Premier League, in consultation with its clubs, has enhanced its Covid-19 protocols, in addition to reimplementing a twice-weekly testing programme as the heath of players and staff remains the priority. The protocols, which strengthen key elements of the existing guidance, came into immediate effect last week.”

Thu Jan 14 , 2021
Wekundu wa Msimbazi were unable to stop their Kariakoo traditional rivals from winning their first trophy in the year Simba SC have moved on after the Mapinduzi Cup defeat to Young Africans (Yanga SC) on Wednesday in Zanzibar. Simba were beaten 4-3 from the penalty shootout after the match had […] 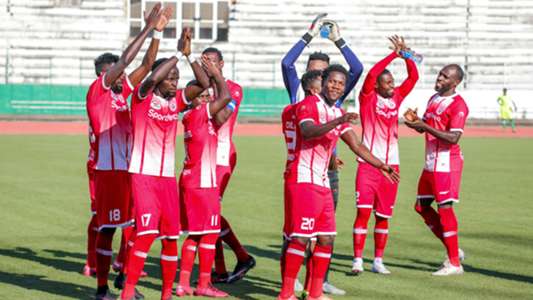