The 28-year-old became the third Brazilian to join a side in the GPL in recent times after signing for Asante Kotoko last October.

He has so far become the toast of fans of the Porcupine Warriors by a run of good performances for the club.

“I respect him for all the things I’ve been hearing about him. I respect him a lot,” Ghana striker Yahaya told Wontumi TV

“It’s not easy leaving Brazil and choosing to come play in Africa. Under normal circumstances, we want to go there and he wants to come here. He knows why he’s here.

“For me, we should stop the negative talks about him and encourage him. So we can attract more of his likes to help our league look more attractive and professional.

“Kotoko need to encourage him and make him aware of the kind of club he’s playing for. It’s a big team here in Ghana. If he succeeds and goes back to tell his story, it could lure others to join our local league.”

After signing for Kotoko in October, it took the Brazilian two more months to make his debut for the club, coming on as a second-half substitute in a 1-1 draw with Medeama.

“He is a good player. He is a player with attacking instincts and always is on the front foot,” former Kotoko star Sarfo Gyamfi recently told Silver FM on his assessment of the midfielder.

“If he continues to play the next five, six matches like this he will be the best. He is a very good player. You notice a quality player with how he controls and passes the ball.

“Earlier this month, he made his first start for the Porcupine Warriors in a 2-0 triumph over Liberty Professionals, capping his outing with a pair of assists.

“I am used to the weather because I played in Brazil all my life and it’s the same weather,” Gama said after the game, as reported by 442 Ghana.

“I have not started a game for a year, so it is hard to keep the physique for the match. But I’m happy to play for 80 minutes.”

Gama, a former Brazil U17 and U20 star, has also previously played in Sweden where he was on the books of Varnamo and Jonkopings Sondra.

Onyekuru: Why I want to repay Terim at Galatasaray

Tue Jan 26 , 2021
The Nigerian winger has revealed the main reasons behind his decision to join the Yellow-Reds from AS Monaco Henry Onyekuru is eager to pay back the faith shown in him by Galatasaray and manager Fatih Terim upon his return to the Turkish Super Lig side. Having fallen out of favour […] 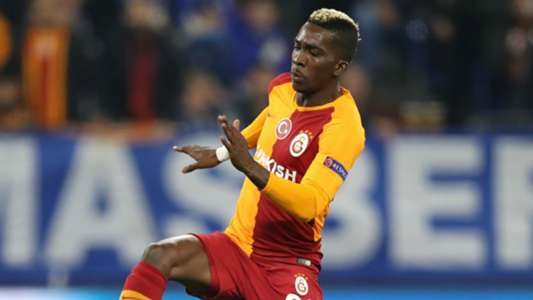