The duo underperformed yet again, raising questions as to whether either of the players have a future with the north London club

Mikel Arteta has vowed that Arsenal will continue to throw their support behind Nicolas Pepe and Willian despite the pair putting in another forgettable set of performances as the Gunners were dumped out of the FA Cup by Southampton.

Kyle Walker-Peters’ strike via a deflection off Gabriel Magalhaes was enough to give Ralph Hasenhuttl side’s the win, with Arteta’s team failing to find the spark required to get themselves back in the game.

All eyes have been on Pepe for some time now, with the Ivory Coast international boasting the title of Arsenal’s most expensive transfer of all time, while Willian’s arrival was supposed to add some much-needed experience to a side building for the future.

Both have failed to replicate the same kind of form that persuaded the Gunners to bring them in, however, but Arteta maintains that the duo still have his full support as they look to return to their old selves.

“They try to give their best,” the Arsenal boss said. “The intention and willingness is there and after the decision making, the final pass is the end product and that’s the hardest thing in football. We’re going to keep supporting them as much as we can.”

On whether they can turn around their fortunes, he said: “I hope so, and we’re going to keep supporting them as much as we can as a coaching staff and as a club, because that’s what they need. They need to keep working harder and try to improve their performances.

“I’m very disappointed,” he added on being dumped out of the cup. “We had a dream to do it again and that dream is over. I’m disappointed the way we conceded the goal. I cannot fault the efforts of the players, but it wasn’t enough.

“Really sad to be out of the competition. Disappointed to be out and the way we conceded. We had issues in the first half and unforced errors as a result of the high press they do. In the second half we had two or three big chances but not enough.

“It was an even game. In the first half they won a lot of second balls. In the second half we added more quality. We became more dominant and created chances but it wasn’t enough.”

Sat Jan 23 , 2021
Goalscoring opportunities were few and far between on Saturday, with there hope that the Norwegian can add a spark from in behind the strikers Arsenal manager Mikel Arteta expects to hear more on the club’s pursuit of Real Madrid’s Martin Odegaard on Saturday, with the Gunners seemingly in dire need of […] 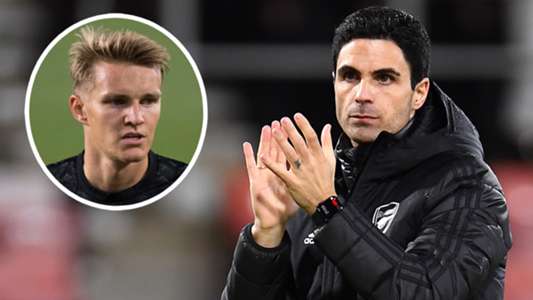