Mikel Arteta says he did not want to take any risks with Kieran Tierney as the full-back was left out of Thursday evening’s Premier League clash against Crystal Palace.

Tierney, 23, has been a first-team regular for the Gunners this season and has a goal and two assists to his name from 21 appearances in all competitions.

The Scottish defender played the full 120 minutes as they beat Newcastle 2-0 after extra time in the FA Cup third-round clash on Saturday.

Arteta says the Scotland international complained of some discomfort ahead of the midweek match at home to Roy Hodgson’s side, explaining why Ainsley Maitland-Niles started at left-back while Tierney was left out of the team.

“Well, he had some muscle soreness he hasn’t recovered well he wasn’t comfortable to start the game and in this period we cannot take the risk,” the coach told Sky Sports before kick-off.

Midfielder Thomas Partey, who has been out with a hip injury since his side’s defeat to Tottenham, and centre-back Gabriel, who has been absent since mid-December, were included in the list of substitutes for the encounter in north London.

“Gabi is feeling much better he had a complete week of training,” Arteta said.

“Thomas has been trying to push us for a week or so as well and I think he can get some minutes as well today. Good news to get some people back.”

Despite recovering from an ankle injury to start Arsenal’s last four games, Spanish centre-back Pablo Mari has been left out of the team.

Arsenal are 11th in the Premier League heading into Thursday’s clash, having collected 23 points from 17 matches, leaving them 13 points adrift of leaders Manchester United.

Arteta’s men are on a four-game winning streak across the league and FA Cup and have kept three clean sheets in a row.

Palace, meanwhile, are 13th in the table and have just one win from their last seven games in all competitions. Three days after their visit to the Gunners, Palace will travel north to take on Manchester City in the league.

Thu Jan 14 , 2021
The 23-year-old centre-back immediately established himself as a starter at the Etihad after moving in September from Benfica Portugal legend Pepe believes that Manchester City’s Ruben Dias is the best defender the nation currently boasts.  Dias, 23, signed for City from Benfica at the start of the 2020-21 season and immediately […] 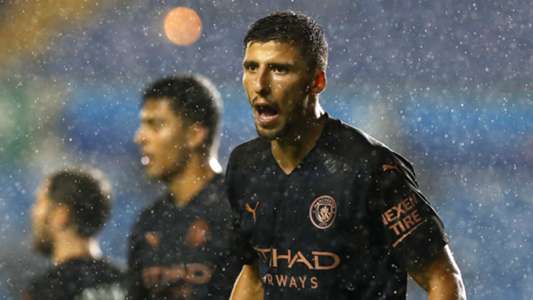