The Scottish full-back missed the Gunners’ defeat at Wolves, with his manager admitting that he “wasn’t close” to featuring

Tierney has missed Arsenal’s last three Premier League fixtures due to a leg injury, including a clash with Wolves at Molineux on Tuesday night.

The Gunners struggled in the Scottish full-back’s absence, losing 2-1 despite having taken the lead in the first half of the contest via an impressive individual effort from Nicolas Pepe.

The game turned when David Luiz was sent off for a foul in the box, which allowed Ruben Neves to step up and level the scores from the penalty spot just before the interval.

Joao Moutinho fired home the winner from long range early in the second period, and Arsenal’s misery was compounded when Leno was sent off for handling the ball outside the box 18 minutes from time.

Arteta revealed post-match that Tierney was never considered for selection due to the fact he is still in recovery, but he is hopeful that the 23-year-old can return to the fold in time for a meeting with Aston Villa on Saturday.

“He wasn’t close at all [to playing on Tuesday],” the Spanish head coach told reporters. “Hopefully in the next few days he feels much better and he can come into the team and help us in this moment where we have so many games.”

Alex Runarsson came on to replace Leno in the latter stages of the game against Wolves, but could face competition from January signing Ryan for the spot between the sticks while the Gunners’ number one serves a ban.

Arteta says that Ryan, who is still awaiting his first appearance for Arsenal since joining the club on loan from Brighton, has been nursing a knock of his own over the past week, but is optimistic he will be available for selection at Villa Park.

“Mat had a muscular issue and in the last two days he hasn’t been able to train,” said Arteta. “Hopefully we can get him back in the next few days.”

Wed Feb 3 , 2021
Fresh from the derby triumph, the Buccaneers were a pale shadow of themselves as they were downed in KwaZulu-Natal Former Kaizer Chiefs winger Junior Khanye has questioned Josef Zinnbauer’s approach to the 2-0 Premier Soccer League defeat away at Golden Arrows on Tuesday after making major changes to the team […] 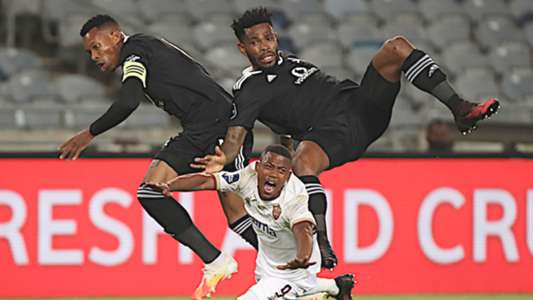