Mikel Arteta has confirmed Thomas Partey suffered a muscle injury in Arsenal’s loss to Aston Villa, but is unsure of the severity of the problem.

Partey has been plagued by injuries since his move to Arsenal from Atletico Madrid last year, and a problem flared up again on Saturday.

With Arsenal chasing the game at 1-0 down, Partey pulled up in pain with 15 minutes remaining in the contest.

He was treated on the pitch, before being replaced by Willian as the Gunners fell to a 1-0 defeat at Villa Park.

“He had a muscular injury so we had to take him off,” Arteta said on Saturday following the loss. “He could not carry on playing. I don’t know [how bad it is].

“We will see the extent of the injury. He wasn’t feeling well enough to continue playing so we had to take him off.”

Given the Ghana midfielder’s problems since arriving in north London, it is of huge concern to the Gunners.

Arteta has gone on record as saying no other player in his midfield has the skillset of Partey, with his all-action style allowing others the freedom to express themselves.

However, he has been beset by injuries since picking up a problem – ironically against Aston Villa – in November.

Comebacks have been made, but they have been stop-start and he suffered a knock in the loss to Wolves in midweek.

He was passed fit for the trip to Aston Villa but that may not have been the best call on reflection and it may be time for the club to take a firm hand and insist Partey works on a tailored recovery programme as he is in his prime years at 27 but is in danger of squandering them.

Before February is out, Arsenal take on Leeds United, Manchester City and Leicester City in the Premier League, and Benfica over two legs in the Europa League – and their season could be over if things go awry over the next three weeks.

Sat Feb 6 , 2021
The Blaugrana legend fears an all-time great will move on in the summer, but the offer of a post-career role at Camp Nou might change his mind Lionel Messi could be tempted into signing a new contract at Barcelona if a clause was included in his deal that guarantees a […] 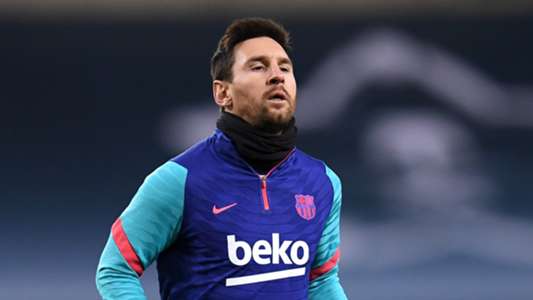