The highly-rated forward will see his current deal expire in the summer, but those at Emirates Stadium remain hopeful on agreeing an extension

Mikel Arteta remains confident that Arsenal can tie Folarin Balogun to a new contract despite the talented teenager continuing to run down his current deal.

As things stand, the highly-rated 19-year-old will be in a position to walk away from Emirates Stadium at the end of the 2020-21 campaign.

The Gunners have been doing all they can to get fresh terms thrashed out, with Arteta claiming to have received plenty of encouragement from the American-born youngster regarding those talks.

“As far as I know from last week, the player wants to be here, so I’m positive. I think he’s made some big progress in a few months.”

Why are Arsenal so keen to keep Balogun?

The promising striker is another product of Arsenal’s famed academy system and he has been with the club since the age of eight, with his potential added to the youth ranks in north London back in 2008.

Balogun signed professional terms with the Gunners in February 2019, but that agreement is coming to a close.

Arteta is eager to get an extension in place after handing competitive minutes to a hot prospect this season.

Two senior goals have been scored in the Europa League, against Molde and Dundalk, with five total appearances taken in, but game time has dried up of late, with his last outing coming in a Carabao Cup defeat to Manchester City on December 22.

Who has been linked with Balogun?

German giants RB Leipzig are reported to have been heading the queue for Balogun.

They are far from being the only side in the mix, though, with The Guardian reporting in January that 15 clubs have expressed interest in taking the youngster when his Arsenal contract expires.

The Gunners are eager to keep him off the open market, but the clock is ticking on efforts to find a solution that suits all parties.

Fri Feb 12 , 2021
The Burundi star is anticipating a return to the Hawthorns after he left the Baggies for rivals for Stoke City in January 2017 Sporting Charleroi striker Saido Berahino has revealed his intention to return to West Bromwich Albion to ‘prove a point’ after he left the Premier League club in […] 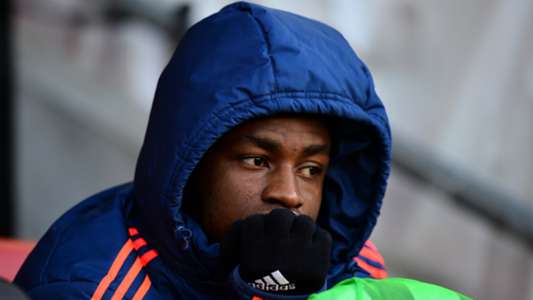