Mikel Arteta insists contract talks with Alexandre Lacazette will start soon with the Arsenal forward being linked with a summer move away from Emirates Stadium.

Lacazette has less than 18 months remaining on his current contract and has been consistently linked with a transfer, with Monaco this week becoming the latest side touted as a possible destination.

However, Arteta says there is no rush to tie Lacazette down to renewed terms, and that he is happy with the forward’s performances at present.

Editors’ Picks
What did Arteta say?

Speaking at his press conference ahead of Arsenal’s weekend trip to Burnley, Arteta said of Lacazette: “He’s got a contract with us. He played really well the other week. It’s exactly what we demand him to do. I’m really happy with him and the discussions about his contract will happen soon and we will see what happens.”

Arteta was in a similar situation last summer with his other big-name striker, Pierre-Emerick Aubameyang, before he signed his new deal. The manager said that he is hopeful Lacazette will agree to new terms just as his fellow forward did.

He said: “Well, I’m hoping that a player under contract will continue with us. Every case is different and we’re going to assess that and we’ll make a decision in relation to that.”

How has Lacazette played this season?

The forward has scored 11 goals in 30 appearances in all competitions, including nine in 22 Premier League matches for Arsenal.

Lacazette, who moved to Arsenal from Lyon for £47 million ($66m) in July 2017, has been in and out of the starting XI for Arteta this campaign, but did score in their most recent Premier League match, a 3-1 victory at Leicester where he was given the captaincy.

Wed Mar 3 , 2021
Arsenal will be aiming to build on their thrilling victory over Leicester City when they travel to Burnley for Saturday’s Premier League showdown Source of the article 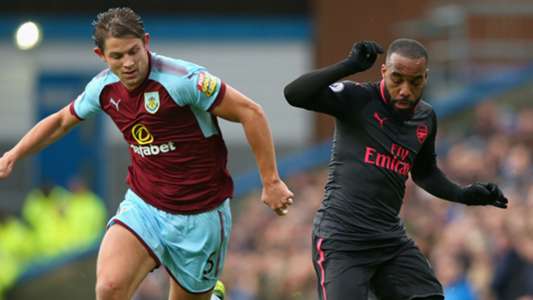