Arsenal’s January transfer window of 2021 will be best remembered for Mikel Arteta clearing out deadwood such as Mesut Ozil and Sokratis, rather than Martin Odegaard’s arrival from Real Madrid, says Alan Smith.

The Gunners have been working hard on the reshaping of a squad that underperformed badly at the start of the current campaign.

Those deemed surplus to requirements have either been moved on, with Sead Kolasinac another to have left on loan, or are in the process of being edged towards the exits, as the clock runs down on Shkodran Mustafi’s spell at Emirates Stadium.

Smith considers that to be a bigger positive than the deal which has brought Norwegian playmaker Odegaard to north London on an initial agreement through to the end of the season.

The former Gunners striker told the Evening Standard of Arteta’s business at Arsenal: “He will naturally be delighted the Mesut Ozil saga is finally over.

“The whole situation was an irritating distraction. Sokratis was different, in that the club just didn’t need so many central defenders.

“Reiss Nelson, another possible departure before the window closes on Monday, maybe falls short of the standards required.

“You could say the same of Shkodran Mustafi, a centre-half who has rarely looked the right fit in red and white. But he has been a regular in previous seasons, which must make the situation difficult to bear. A World Cup winner with Germany, his pride must be hurting as a fringe player rarely considered for action.

“Players show their frustration in different ways: some quietly seethe, others loudly let rip. From day one, Mustafi has been a vocal presence within that dressing room. I wonder how he’s reacted under Arteta. Managers will tolerate some noise if the player is worth it. If not, it becomes an easy decision for any coach.

“There has been a lot of excitement about Martin Odegaard’s arrival, a lot of conjecture about what the Norwegian playmaker can bring to the team. Arteta, I imagine, is pleased with the deal.

“The Spaniard, however, might be even more chuffed with the flip side. If all goes to plan, January may be best remembered for those who left.”

Arsenal, who have rediscovered a spark of late to take 16 Premier League points from the last 18 on offer, will be back in action on Saturday – potentially with Odegaard in their matchday squad – when they take in a home date with old adversaries Manchester United.

Fri Jan 29 , 2021
The Premier League giants are set to make a move for the highly-rated Brazilian teenagers Manchester City are closing in on deals for Fluminense youngsters Kayky and Metinho, Goal can confirm. The two 17-year-olds have been scouted by the Premier League club and are expected to complete moves to the […] 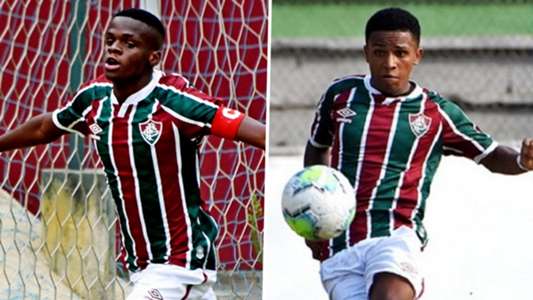