Arsenal captain Pierre-Emerick Aubameyang said his first Premier League hat-trick against Leeds United has brought relief to him after enduring a difficult period.

The 31-year-old, on his first start since he returned from personal family issues, inspired Mikel Arteta’s side back to winning ways with a comfortable 4-2 victory at home on Sunday.

He started the party in North London with a 13th-minute opener and he later doubled the hosts’ lead with his 41st-minute strike from the penalty spot, after Bukayo Saka was brought down by goalkeeper Illan Meslier.

The 2015 African Footballer of the Year sealed Arsenal’s win with his header two minutes into the second half, which stretched his tally to eight goals after 20 Premier League matches in this campaign.

On his reaction after he returned to the scoresheet since January 18 when he scored a brace against Newcastle United, Aubameyang told the club website: “For sure, it means a lot to me. I’m a guy who always works hard and tries to give the best, first for my family, and also for the team as well.

“It’s been a tough time for me but now it’s time to get my smile back, to win games and score goals.

“We knew it was going to be a hard game, they never give up. They fought a lot, I think we had good game management at the end and won the game.”

Aubameyang also appreciated the support offered to him by the club faithful during his absence in late January.

“Definitely, from everybody at the club, everyone has given me a lot of love,” he continued.

“I’m really proud to be a part of this family, so I have to say thank you to everyone at the club, and the fans as well because I received a lot of messages. I’m really happy and these goals are for them.”

Aubameyang will be targeting another win when Arsenal take on Benfica in their Europa League round of 32 fixture on Thursday, before they host Manchester City at the Emirates Stadium on Sunday.

Mon Feb 15 , 2021
The Norwegian striker has issued a rallying cry ahead of the Bundesliga side’s Champions League clash against Sevilla this week Erling Haaland has called on his Borussia Dortmund team-mates to “stick to the plan” in order to ease pressure on interim head coach Edin Terzic. Terzic was handed a contract […] 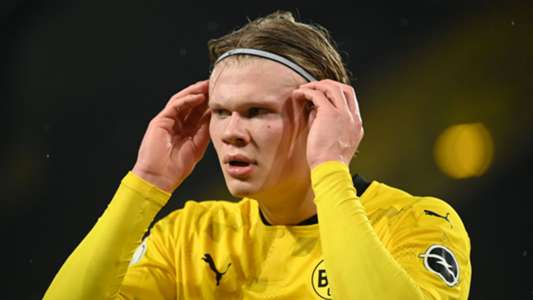