The teams are out on the pitch and kick-off is almost upon us, stay tuned for all the match action!

Meanwhile Roy Hodgson only made one change to his Palace starting XI, with Jeffrey Schlupp dropping out of the team due to injury and he has been replaced on the left-wing by Eze.

Just two changes for Arsenal from their side that beat West Brom 4-0 last time out in the Premier League. Mari and Tierney miss out and they have been replaced in defence by David Luiz and Maitland-Niles.

Meanwhile Palace ended a five-game winless streak in the league with a 2-0 success over Sheffield United and they sit 13th in the table. However, they were knocked out of the FA Cup last Friday after being beaten 1-0 by Wolves.

Arsenal have picked up form in recent weeks, with three consecutive Premier League victories, to move them up to 11th in the table. Along with a 2-0 win over Newcastle United in the FA Cup at the weekend.

Hello and welcome to our LIVE match commentary of the Premier League clash between Arsenal and Crystal Palace.

Thu Jan 14 , 2021
Brighton & Hove Albion attacker Percy Tau has urged his team to grow from Wednesday’s 1-0 Premier League defeat against Manchester City, as he also asked for time to improve at his new club. The South Africa international finally made his Premier League debut, lasting 68 minutes against City, following […] 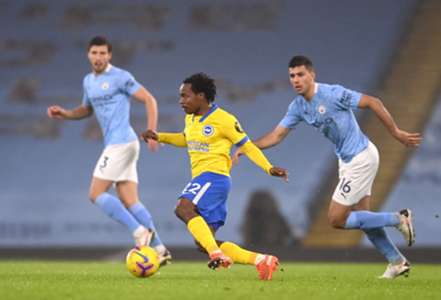