The 22-year-old Norway international joins on a short-term deal until the end of the season, filling the creativity gap left by Mesut Ozil

The 22-year-old playmaker joins until the end of the current season, providing the Gunners with some much-needed creativity following the departure of Mesut Ozil.

Odegaard had requested to leave the Santiago Bernabeu in January due to a lack of first-team minutes so far this season. He has played only seven times in La Liga and is yet to complete 90 minutes for Madrid since returning from last season’s loan spell at Real Sociedad.

Sociedad had been linked with a move to take Odegaard back this month but a return became unlikely once Arsenal entered the race to sign him.

Mikel Arteta has been keen to bring in support and competition for Emile Smith Rowe, who has impressed since breaking into the first team. Though Arsenal are out of the FA Cup after their 1-0 defeat to Southampton, the Europa League returns in February so the Gunners will need to rotate their squad.

What Odegaard has said about joining Arsenal

Odegaard revealed the role Arteta played in his decision, telling the club’s official website: “I spoke to him before coming here, of course. That was very important for me and he seems like a top manager and I liked his ideas, the way he sees football and also the way he is.

“He gave me a great feeling and that was important for me to come here. He was crucial.

“I think every time you go to a new place, you want to make sure that it feels good and that there is a plan. But I think everything here just seems good.

What shirt number will Odegaard wear?

Odegaard has been handed the No.11 shirt by the Gunners, having worn the No.21 at Madrid this season.

The No.11 shirt has been worn by some famous names at Arsenal during the Premier League era, including the likes of Marc Overmars, Robin van Persie, and Ozil, who sported that number before swapping to the No.10.

Real Madrid should sign Haaland ahead of Mbappe - Valdano

Wed Jan 27 , 2021
The World Cup-winning Frenchman has long been linked with a move to the Spanish capital, but a former club favourite would prefer a different option Former Real Madrid player, coach and general manager Jorge Valdano has urged the club to sign Erling Haaland from Borussia Dortmund ahead of Paris Saint-Germain […] 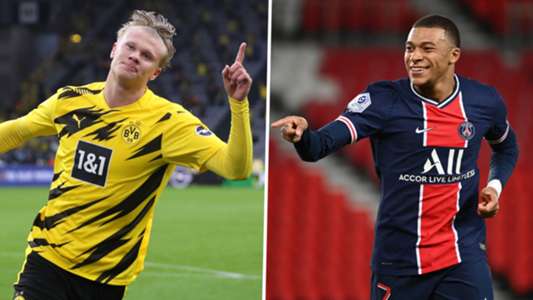