Arsenal-linked striker Manor Solomon has confirmed that a number of Premier League clubs have expressed an interest in signing him.

Solomon has reportedly emerged as a transfer target for Arsenal in recent months, with reports claiming the 21-year-old’s agent Pini Zahavi having been in touch with the club’s technical director Edu over a potential summer deal.

The Gunners are not the only club in England considering a swoop for Solomon, though, with the Shakhtar Donetsk star now claiming he has several different options with regards to his future.

Editors’ Picks
What has Solomon said?

“There are talks with teams from England,” Solomon told Israeli organisation Sport5. “There are things that can happen in the summer.

“My dream is to play in England and it also seems to be the most realistic option for me.

“And teams in England can pay.”

Who is Manor Solomon?

Solomon has been a regular feature in the Champions League over the past two years.

He began his career in his homeland with Maccabi Petah Tikva back in 2016, where he spent three years before being snapped up by Shakhtar for €6 million.

The talented frontman signed a five-year contract with the Ukrainian club, and has since contributed 20 goals and 13 assists to their cause in 135 appearances across all competitions.

Two of the five goals Solomon has scored this season have come in the Champions League, with the youngster finding the back of the net during surprise home and away wins over Real Madrid in the group stage.

City made a formal approach for Solomon while he was still on Maccabi Petah Tikva’s books, but the Premier League giants ultimately decided against meeting his €10m asking price.

Solomon opened up on the negotiations with City in November last year, telling The Guardian: “They really wanted me and I had a meeting with them but unfortunately it did not work out.

“My owner in Israel demanded a lot of money; he wanted €5m for me and then when he heard it was Manchester City, he wanted €10m.”

Arsenal have lacked a cutting edge in the final third during their inconsistent 2020-21 campaign, with the goals drying up for Pierre Emerick-Aubameyang and the likes of Alexandre Lacazette, Nicolas Pepe and Willian also failing to live up to expectations.

Mikel Arteta has been tipped to bring in extra attacking reinforcements when the transfer window reopens, and Solomon could represent a cut-price option for the Gunners amid the financial uncertainty of the coronavirus crisis.

Wed Feb 10 , 2021
The Leicester City assistant manager looked back at how he became a Gunner, which he attributed to his nervy trials Kolo Toure has disclosed his tackle on former Arsenal manager Arsene Wenger changed his professional career. The former Cote d’Ivoire international was scouted from Asec Mimosas before his invitation to […] 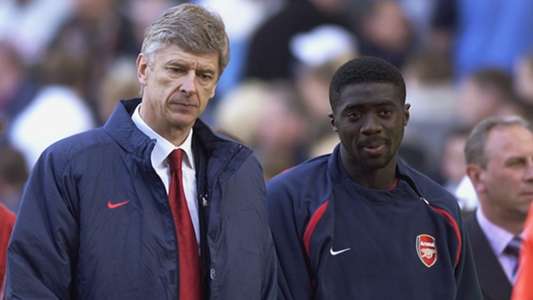