Arsenal legend Lauren has hailed the arrival of Martin Odegaard and has backed the “absolutely brilliant” Norway international to star in the Premier League under Mikel Arteta.

Odegaard completed his loan move from Real Madrid on Wednesday and will spend the remainder of the campaign in north London.

Arsenal do not have an option to turn the move permanent in the summer, but it is understood they have agreed with Madrid to revisit the situation once the season is over to decide on the best way forward.

And Lauren – who won two Premier League titles during his seven-year stay with the Gunners – would love to see the 22-year-old remain at Arsenal for the long-term.

“Absolutely,” the 44-year-old told Goal during an exclusive interview. “Odegaard is a fantastic player.

“I always say that a youngster needs six or seven consecutive games in order to show what he is about.

“Odegaard couldn’t do it at Real Madrid, but he had to replace Modric – who has been the best player in the last few years and there is no patience at Madrid.

“He played just two games [at the start of the season] and you can’t express yourself in two games.

“But the fact he is coming to Arsenal and he is the type of player that [Mikel] Arteta likes, I’m sure he is going to give him those games to express himself and we will see a real talent because he is an absolutely brilliant player.”

Odegaard spent the 2019-20 season on loan with Real Sociedad and enjoyed a superb campaign, scoring seven goals in 36 appearances in all competitions.

He was viewed as one of the stars of the season in La Liga and Lauren believes Arteta will give the young attacker the time and the freedom he needs to express himself and hit similar heights in north London.

“I was watching him when he was at Sociedad and he was just absolutely brilliant,” said the former Gunners right-back.

“If he gets to the level that we saw last season with Sociedad, he will provide a lot of great things.

“He’s got everything, a player who can take the game from the opposition. He’s proven that in La Liga, which is not easy to do.”

Lauren added: “The system that Arteta is playing, that 4-2-3-1, it will suit him because he is going to play behind the striker and in front of Granit Xhaka and Thomas Partey, or whoever Arteta wants to play in front of that backline.

“I will never say to play Odegaard on the wing, he is more of a No.10. If you play 4-4-2 and use him in that four like a diamond [it could work]. He should always be behind the strikers because he is a player who can link very well.

“He can get into the last third and score goals. He is a quality player who can see that final pass. An absolutely fantastic talent.

“If we give him those six or seven games in order to express himself, he’s going to add many good things to Arsenal. I have no doubt.”

One worry Arsenal fans have over the arrival of Odegaard is that it could stifle the development of Emile Smith Rowe, whose emergence in recent weeks has coincided with a dramatic upturn in form that has seen the Gunners win five of their last six league games.

Smith Rowe has been a revelation in the No.10 role behind the striker, picking up three assists and scoring in the FA Cup win against Newcastle.

There is a thought that Odegaard’s arrival could limit the 20-year-old’s opportunities over the second half of the season, but Lauren is not concerned.

“I believe that they could play the two together,” he said. “Why not?

“Smith Rowe could go to the left or to the right and link well with the striker and the midfield players.

“I believe that Smith Rowe is more mobile, he can play more in the wide position if Arteta wants to use him there.

“He understands the game and can get into positions that can damage the opponent going from wide positions. So Arteta can use both of them if he wants

“There are many games to go and you can decide whether to play one of them or both of them.”

Lauren was speaking on behalf of Sportsbet.io, Official Betting Partner of Arsenal FC. Enter here for your chance to win an Arsenal shirt.

Fri Jan 29 , 2021
Goal can exclusively reveal the Kericho-based outfit have already handed in their signed endorsement to the federation Zoo FC have finally endorsed the Football Kenya Federation and StarTimes broadcast deal. The Kericho-based giants were among the three ‘rebel’ clubs which were yet to endorse the deal and at one point were […] 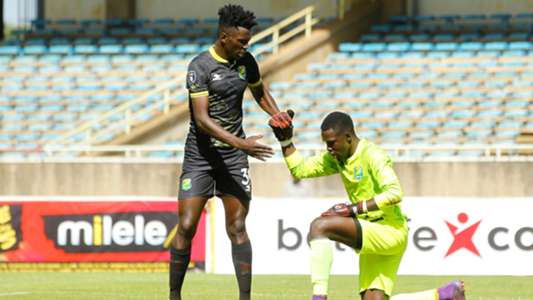