Arsenal legend Ray Parlour has urged the club to disregard Mikel Arteta’s stance over David Luiz, stating “that’s not the road we want to go down.”

Brazilian Luiz, 33, endured a horror show in The Gunners’ first match back on Wednesday night.

The centre-half was at fault for Man City’s opener, then gave away a penalty and got sent off. All despite starting the match as a substitute.

The Spaniard offered backing to the defender, and recently offered non-footballing reasons why the club may seek to offer Luiz the second year on his contract option.

That decision has not gone down well with Parlour.

The 12-time trophy winner with Arsenal believes the club should take a different path to the one suggested by Arteta, and look to the youth academy or transfer market to solve their defensive problems.

“His age is well against him,” Parlour said while on duty with TalkSPORT (via The Mirror).

“It depends on what sort of money he wants. I’m sure he’s on a very very good contract at Arsenal the way they got him in. So he’s not going to get less money.

“I think he says he wants a two-year deal as well. It’s a massive decision Arsenal have got to make.

“If I was Arsenal I would be saying no. He’s had some good games when I’ve been over there at the Emirates at certain times, but for me he makes too many mistakes at wrong times in games and he doesn’t learn from it.

“As I said when he signed he will make mistakes and he will cost you at times but that’s why they brought him in to give them that bit of experience. I’ve heard he’s a great lad around the dressing room.

“He’s a fantastic leader and his career has been excellent, look at the medals he’s won, Champions Leagues.

“He’s been very successful in England. I just think it’s time for Arsenal to say no.

“That’s not the road we want to go down, we need to improve, even if you bring in some more youngsters or try and bring a centre-half in.

“Defending is an art and you’ve got to learn it from a young age.”

Meanwhile, Eddie Howe has offered a blunt assessment on the future of winger Ryan Fraser.

Fraser declined to sign a short-term contract extension amid speculation over a free agent move to Arsenal, among others.

Fri Jun 19 , 2020
Real Madrid Only one coach has more wins than him EFE Only Miguel Munoz has won more games as Real Madrid boss than Zinedine Zidane. The Frenchman claimed his 133th victory as Los Blancos coach against Valencia on Thursday, equalling second-placed Vicente del Bosque in the standings. Zidane has reached this […] 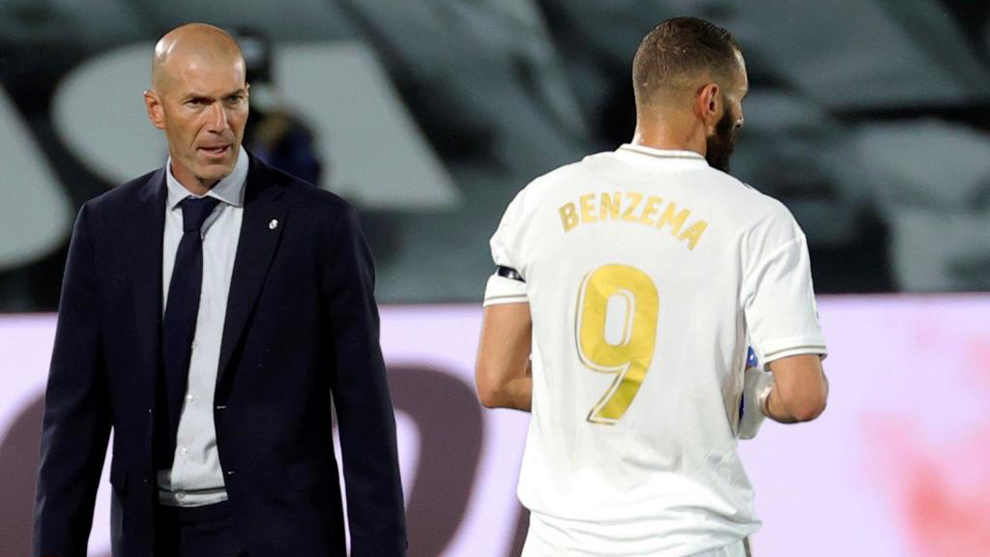