Arsenal legend Ian Wright admits to being left “f*cking upset” at the Mesut Ozil saga being played out in north London, with the Gunners great still of the opinion that a World Cup winner should be a prominent part of Mikel Arteta’s plans.

The man calling the shots at Emirates Stadium has favoured a different approach this season, with a 32-year-old playmaker tied to a lucrative contract being completely overlooked.

Ozil has not figured for Arsenal since March 2020, with his time in English football coming to an end one way or another.

A move to Fenerbahce is being mooted during the current transfer window, while free agency will be hit in the summer if no deal is agreed at this stage.

Wright is disappointed to see a proven performer being ushered out of the back door, with the iconic frontman claiming that a Premier League giant that has continued to struggle for consistency in 2020-21 should have found a role for an expensive asset.

“It’s so sad, Mesut needs to be playing,” a man who remains passionate about all things Arsenal told Wrighty’s House podcast.

“Whatever people say about how he plays and what’s happened, I’m really f*cking upset with the people who are continually talking about his money. Money that we paid him. Money that no one in their right mind is going to turn down. Money that for him and his ability at the time and what he was supposedly going to do for us – he was worth that to us.

“OK, it’s not worked out how it should have, but Mesut is very much within his right to do what he’s doing and it still pains me to know that we’ve had a player of that calibre and ability and we’ve not been able to get what we need to get out of him. For him to perform.

“We’ve not been able to do it, whatever the manager, they’ve got to, somewhere along the line they’ve got to take that on board as well. Because that ability should be playing, and I hope he does get to play.”

While talking up Ozil’s ability, Wright has acknowledged that 20-year-old academy graduate Emile Smith Rowe appears ready to step into the former Germany international’s boots as Arsenal’s creative No.10.

Wright has told Match of the Day: “He’s [Smith Rowe’s] quality. Top drawer. He is a real player.

“He’s literally one of the only players we have in the squad who plays on the half-turn.”

'Anyone can miss a penalty' - Simba SC's Onyango

Thu Jan 14 , 2021
Wananchi midfielder Haruna Niyonzima also reveals why he exchanged his jersey with Meddie Kagere Simba SC defender Joash Onyango has stated he did not miss the penalty because his Harambee Stars teammate Farouk Shikhalo understands him, but he missed because ‘anyone can miss a penalty.’ The 27-year-old put in a […] 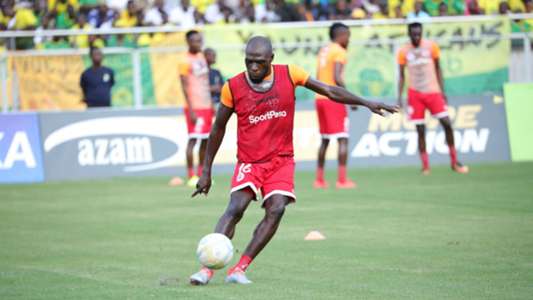