Arsenal defender Rob Holding has revealed he was on the verge of a loan move to Newcastle this summer, before eventually staying in north London and establishing himself as a starter.

Holding signed a new three-and-a-half year deal until the summer of 2024 this week, a reward for a season in which the 25-year-old has become a fixture in the Gunners line-up.

However his path to becoming a regular wasn’t always clear, with the club recently signing Gabriel Magalhaes, Pablo Mari and William Saliba in defence.

Holding thought he may have to go elsewhere to find regular minutes and, speaking to The Telegraph, he said a move to the Magpies was near completion just months ago.

“We signed two centre-halves over the summer and I was thinking, ‘am I even going to be involved in this?’” Holding said. “At 25, I have to focus on playing. I spoke to the manager and said there was a loan opportunity that had come up, that I needed football. After my injury [a ruptured anterior cruciate ligament in December 2018] I needed a year to play.

“It was all agreed, and the club thought it would be the best move for me, but in the week before the Community Shield against Liverpool, [head coach Mikel Arteta] pulled me aside and said he wanted to check that I was focused for the weekend because I was needed.

“I told him that, wherever I am, I will always play my hardest and put 100 per cent in.

“I played the game, we did well and we won, and then on the Monday, he called me into his office. He said it made no sense to let me go if my end goal was to play here. He was saying I was going to play, that it was my shirt to lose. That was the confidence he put in me.”

Holding has gone on to start 13 Premier League matches this season, including 10 of the last 11.

The Gunners have enjoyed a resurgence of late after a difficult start, having won four games in a row in all competitions.

That run has the Gunners up to 11th in the league table as they prepare to face Crystal Palace at the Emirates Stadium on Thursday.

Wed Jan 13 , 2021
The 19-year-old is in demand and he is keen to secure first-team football elsewhere, though he still sees his long-term future at the Allianz Arena AC Milan are one of four clubs interested in signing Bayern Munich starlet Leon Dajaku, Goal and SPOX can reveal. Union Berlin, Cologne and Nice […] 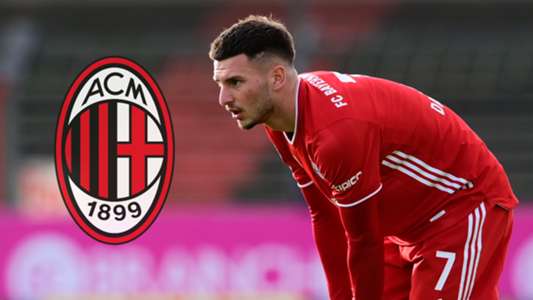