Pierre-Emerick Aubameyang will not figure in Arsenal’s Premier League clash with Manchester United, but Emile Smith Rowe and Thomas Partey are available.

The Gunners host the Red Devils at Emirates Stadium on Saturday evening, and Aubameyang emerged as a doubt after withdrawing from league and cup meetings with Southampton due to a personal issue.

Speaking at his press conference on Friday, Gunners boss Mikel Arteta was unsure whether Aubameyang would be included – and the club have confirmed their captain will miss out.

Issuing a brief statement on their official website, Arsenal said: “Pierre-Emerick Aubameyang will be unavailable for Saturday’s match due to personal family reasons.”

After missing back-to-back games against Southampton – a 1-0 loss in the FA Cup and 3-1 win in the Premier League – Aubameyang confirmed his mother was in ill health.

He said on Wednesday that he would return home that evening, but doubts emerged about his availability after he left the Arsenal bubble.

It was not clear whether he had left the country, which would have required a period of quarantine due to coronavirus restrictions, and he would also need to produce a negative Covid-19 test.

The Gabon forward’s situation is still not clear, but he will not face United.

Partey has boosted the Gunners by being passed fit, after limping off injured in the win over Southampton on Tuesday.

Goal revealed that the midfielder was winning his fitness battle, and Arsenal have confirmed as such.

“Thomas has been in full training since Tuesday’s match at Southampton and is available for selection,” the Gunners said.

It is a similar story for Smith Rowe who also picked up a knock against Saints that forced him off after 72 minutes, but is available to face Ole Gunnar Solskjaer’s Red Devils.

Kieran Tierney is a doubt and will be given as long as possible to prove his fitness.

“Kieran is continuing to be assessed for discomfort in the right lower leg,” the club said. “A late decision will be made regarding Kieran’s availability for Saturday’s match.”

Arsenal began the weekend round of Premier League fixtures in ninth in the table, 10 points behind the Red Devils and 11 adrift of leaders Manchester City.

Sat Jan 30 , 2021
The club’s audited report indicates an improvement of their fiscal health and expects to instigate measures that will make it even better Kampala Capital City Authority have posted an improved financial report for the year 2019/2020. According to a financial statement obtained by Goal, KCCA’s performance saw a smaller net loss […] 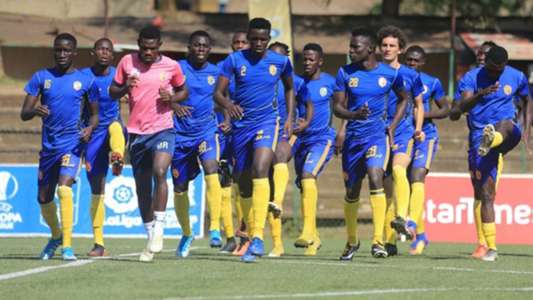