Arsenal head coach Mikel Arteta has said he always knew Ilkay Gundogan had the goalscoring potential he is displaying at Manchester City this season.

Gundogan has scored 11 goals in the Premier League this term, already far surpassing his previous career high of six league goals set in the 2018-19 season.

Ahead of Arsenal’s match against City on Sunday, former City assistant Arteta recalled working with the German at the Etihad.

Editors’ Picks
What did Arteta say about Gundogan?

“I think now he’s playing a higher role in the team,” Arteta said. “He’s always had the ability to arrive in the box and has great timing and great qualities to finish the actions.

“Before he played a deeper role and he had the license to do that.

What is Gundogan’s status for Sunday’s game?

Gundogan missed Wednesday’s victory over Everton as a precaution after suffering a slight groin strain in the win over Tottenham four days earlier.

The 30-year-old is set for a late fitness test ahead of the trip to Arsenal, Guardiola has confirmed.

Guardiola’s side have won an incredible 17 straight matches in all competitions, having last failed to win in a 1-1 draw against West Brom on December 15.

City have opened up a 10-point lead atop the Premier League table as they look to regain the title they lost to Liverpool last season.

Sat Feb 20 , 2021
Everton sit three points behind the Reds ahead of the clash and the Italian coach believes they can get their first derby win in over 10 years Carlo Ancelotti has warned his Everton side that they are coming up against a team of “lions” in the derby match against Liverpool on Saturday. […] 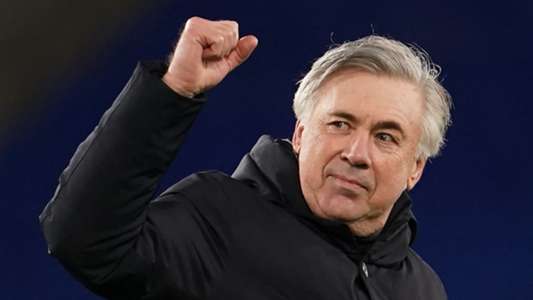