David Webb was the man to take a promising midfielder to the John Smith’s Stadium, with a talented 20-year-old now thriving in north London

Arsenal are benefitting from Emile Smith Rowe getting “bullied” in the Championship during a loan spell at Huddersfield, says David Webb, the man who took a promising playmaker to the John Smith’s Stadium.

Back in January 2020, with game time in short supply for a talented academy graduate at Emirates Stadium, the decision was taken to leave north London in search of minutes.

Huddersfield were happy to open their doors for Smith Rowe, with 19 appearances taken in for the Terriers during his time in West Yorkshire.

The highly-rated 20-year-old has kicked on from that point, with his big break arriving at Arsenal in the current campaign.

With Mesut Ozil frozen out under Mikel Arteta, Smith Rowe has been presented with an opportunity to make the number 10 role his own.

He now faces added competition from January signing Martin Odegaard, while talk of interest in the likes of Jack Grealish and Houssem Aouar rumbles on, but faith is being shown in youth.

Smith Rowe has earned plenty of plaudits for his efforts, with Webb suggesting that a spell in the second tier has toughened up the England Under-20 international and made him better prepared for life among the Premier League elite.

“It was a different challenge for him altogether at Huddersfield and I think it really helped him,” Webb told BBC Sport.

“The training was quite competitive and physical, which he enjoyed and he took it on to the pitch. He was getting knocked and kicked and bullied about a bit, but he took it all in his stride.

“That really developed his fighting spirit, which has helped him now because he came into Arsenal when they were in a bit of a dip and they needed that.”

Smith Rowe has taken in 13 appearances for Arsenal this season, with two goals and five assists recorded across those outings.

He has not looked out of place on domestic and continental stages, with there a confidence in his game that has allowed him to put any personal shyness to one side and slot seamlessly into Arteta’s plans.

“He does not play like he is nervous,” former Arsenal defender Matthew Upson added to BBC Sport.

“He plays with real freedom and he expresses himself well. To say he is shy shows how different personalities come out on the pitch.”

Fri Feb 5 , 2021
The Germany international winger has grown accustomed to collecting medals and has not taken kindly to seeing one slip his net in 2020-21 Serge Gnabry admits Bayern Munich’s shock defeat to Holstein Kiel in the DFB-Pokal has left them “angry”, with the 2019-20 treble winners looking to make amends in […] 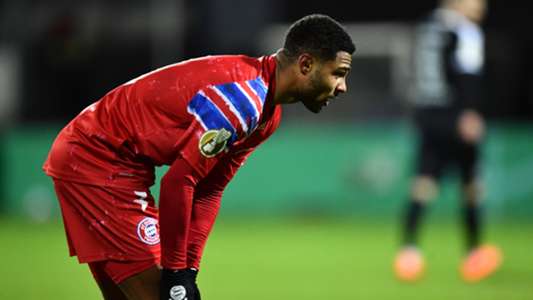