Joe Aribo scored a goal as Rangers stretched their unbeaten Premiership run to 25 games with a 5-0 win over Ross County on Saturday.

After Sunday’s 1-1 draw against Motherwell, Steven Gerrard’s side bounced back to winning ways with an emphatic result at the Ibrox Stadium.

Ryan Kent opened the scoring for the hosts in the sixth minute and Filip Helander made it 2-0 before Aribo grabbed the Gers’ third goal in the 37th minute.

The Nigeria international has now scored five goals in 18 league appearances so far in this campaign.

Later in the second half, Ryan Jack and Connor Goldson completed the rout for Gerrard’s men with their goals in the 66th and 81st minutes respectively.

Aribo saw 62 minutes of action before he was replaced by Cedric Itten while South Africa midfielder Bongani Zungu started on the bench and was introduced for Glen Kamara in the 61st minute.

Since his loan signing from Amiens in October, Zungu is yet to make a league start but he has made 10 substitute appearances in the Scottish top-flight.

Nigeria defender Leon Balogun was rested and he watched on as an unused substitute as Rangers kept a clean sheet.

Saturday’s result extended the Gers’ dominance at the summit of the Premiership table to 69 points after 25 matches, with a 23-point gap above second-placed Celtic who have three games in hand.

Next up for Rangers is a league trip to Hibernian on Wednesday before they face Cove Rangers in the Scottish FA Cup third round.

Sat Jan 23 , 2021
The former Red Devils defender admits few would have spent big on the Frenchman prior to Christmas, but his stock is rising once more A Manchester United title triumph and summer transfer for Paul Pogba would be “a win-win” situation at Old Trafford, says Paul Parker, with a World Cup […] 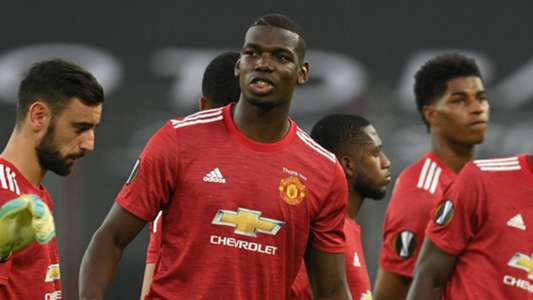